Public advocate and likely 2013 mayoral candidate Bill de Blasio issued a statement asking the Bronx District Attorney’s office to speed up its investigation into the shooting of Ramarley Graham, an unarmed teenager who was shot and killed by Richard Haste, a narcotics officer, after running into his home to evade the police.

Mr. de Blasio also called for the city to review police policies for training and use of undercover officers.

“It is also imperative that a thorough review of the NYPD’s policies governing the training and deployment of undercover officers be conducted,” Mr. de Blasio said. “Reports that Officer Richard Haste lacked the necessary training to be serving on the streets in an undercover narcotics unit are especially troubling and demand further scrutiny.”

Mr. Graham’s wake was held this afternoon at Crawford Memorial United Methodist Church. It was attended by Mr. de Blasio’s director of community affairs, Kirsten John Foy. The funeral will be held at the same church tomorrow morning. 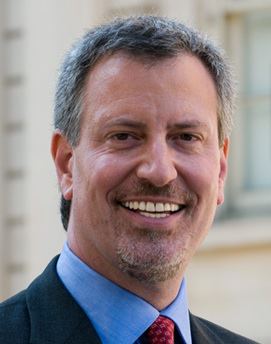