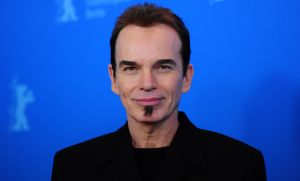 US director Billy Bob Thornton poses during a photocall for the film “Jayne Mansfield’s Car” presented at the International Film Festival Berlinale on February 13, 2012 in Berlin. The 62nd Berlinale, the first major European film festival of the year, kicked off on February 9, 2012, with 23 productions screening in the main showcase. Eighteen pictures will vie for the Golden Bear top prize at the event running to February 19. AFP PHOTO / JOHANNES EISELE (Photo credit should read JOHANNES EISELE/AFP/Getty Images)