“Have you ever been to Minneapolis?” Billy Crudup asked the New York Observer last night at the Soho Grand Hotel’s Club Room, where the Cinema Society & Grey Goose were hosting an after-party for their screening of the bleakly dark comedy, Thin Ice.

We actually hadn’t been, but Mr. Crudup had, as that was where the movie had been shot.

Billy Crudup then stared at the New York Observer for a beat, decided something, and leaned in to tell us a secret.

“It’s a wet cold,”  the actor emphasized, who co-starred in the film alongside Greg Kinnear, Lea Thomspon, and Alan Arkin. “It’s sub-zero something.”

“So, like a dry heat…but the opposite?” We struggled to understand where this was going.

“The whole city is indoors. And it has a tunneling system, so you can go from place to place without going outdoors.”

“That’s…cool,” we said. “So, are you going to any Fashion Week events?”

“I’m not running away from New York just because it’s Fashion Week!” Mr. Crudup announced. “I am Not. Running. Away.”

We would take him up on that offer, but honestly, we are kind of scared to. 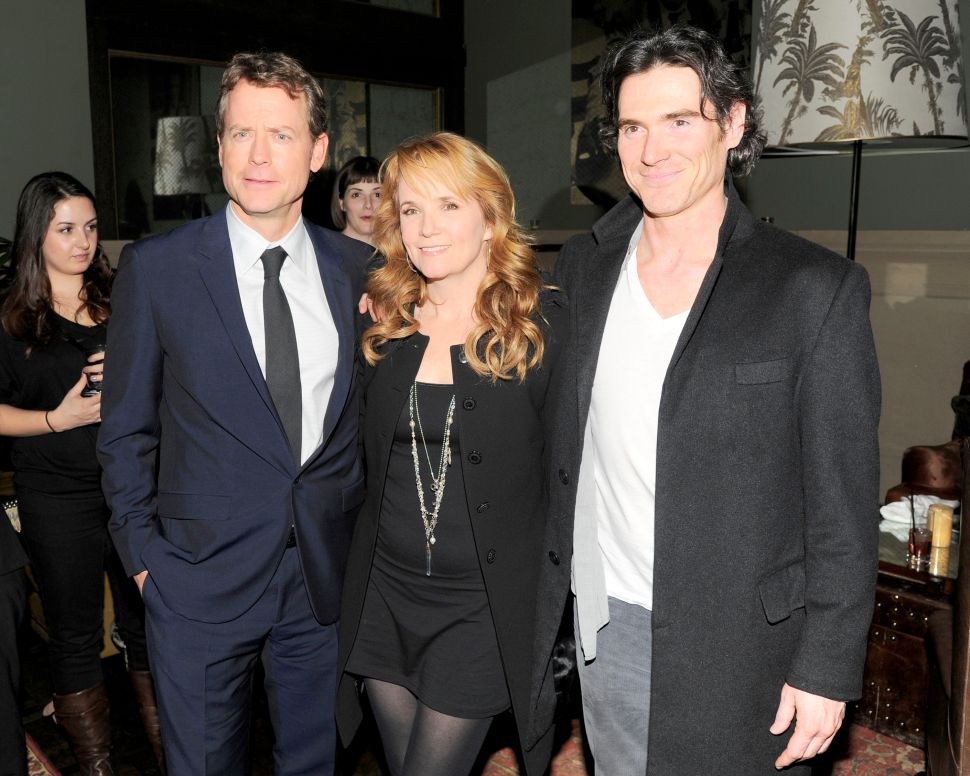