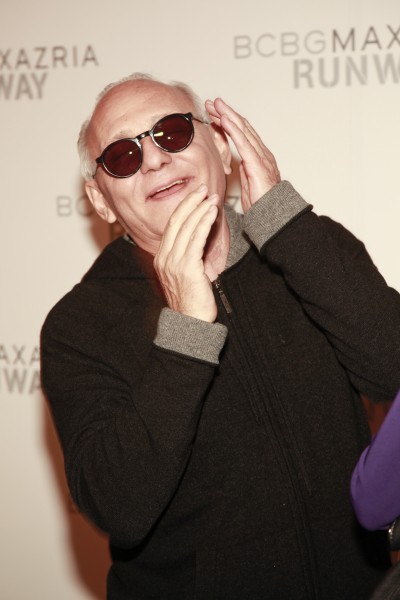 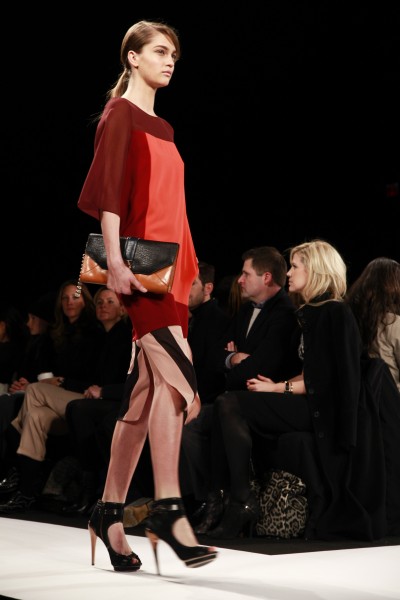 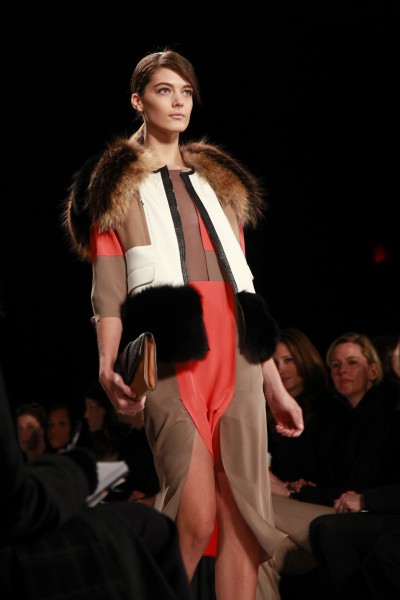 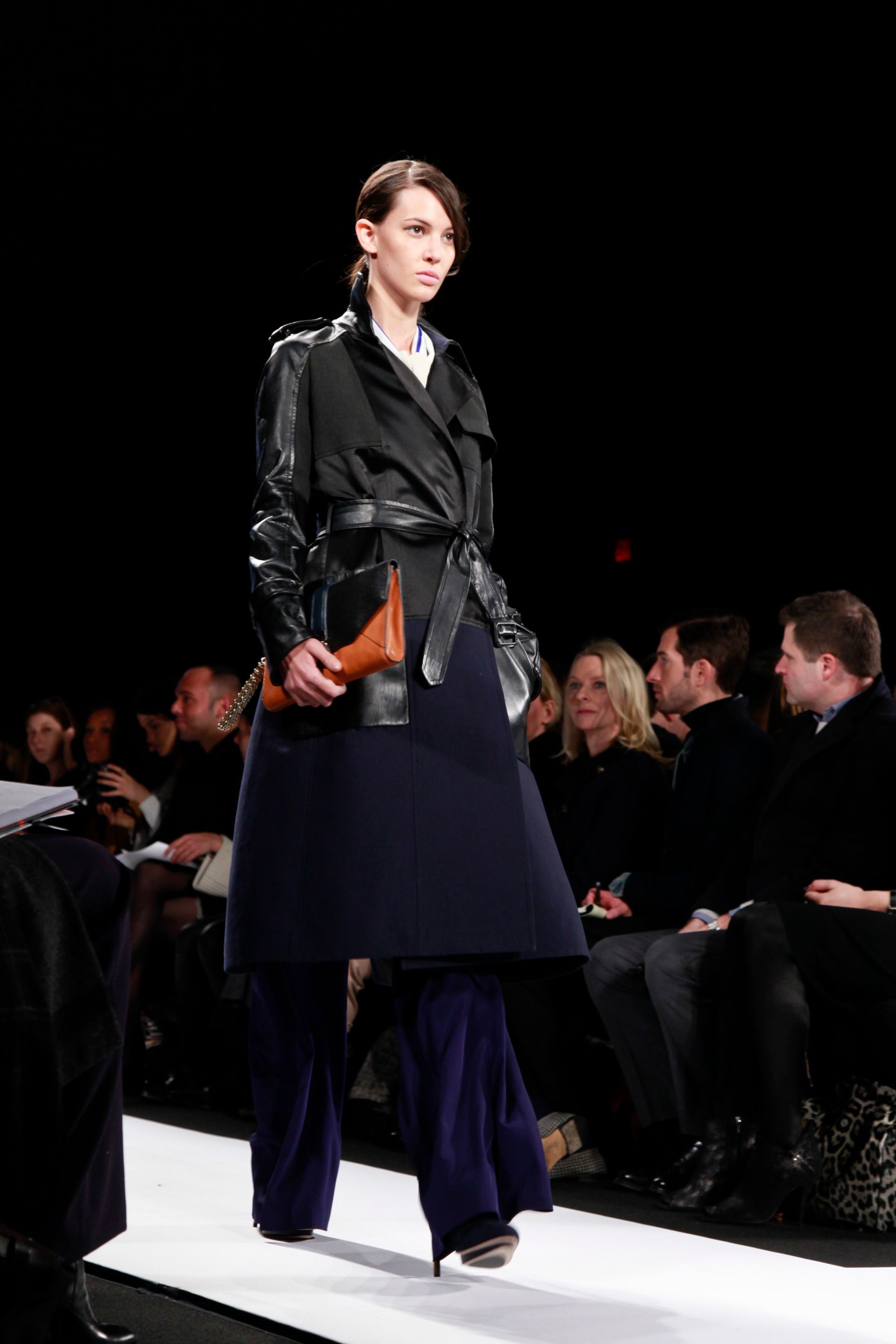 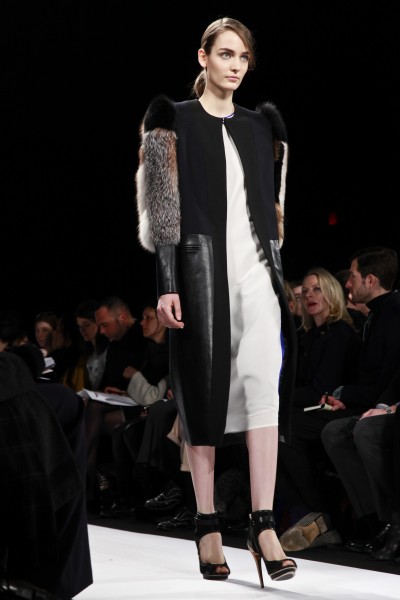 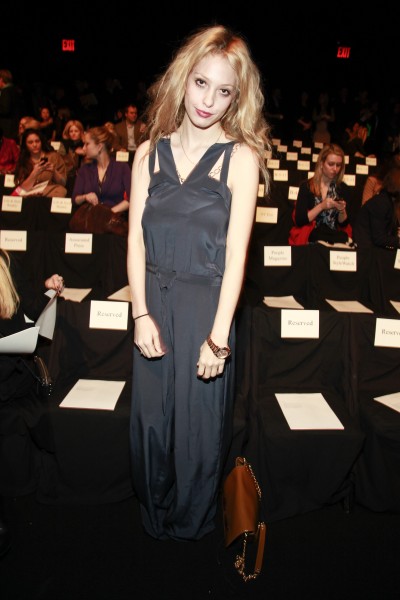 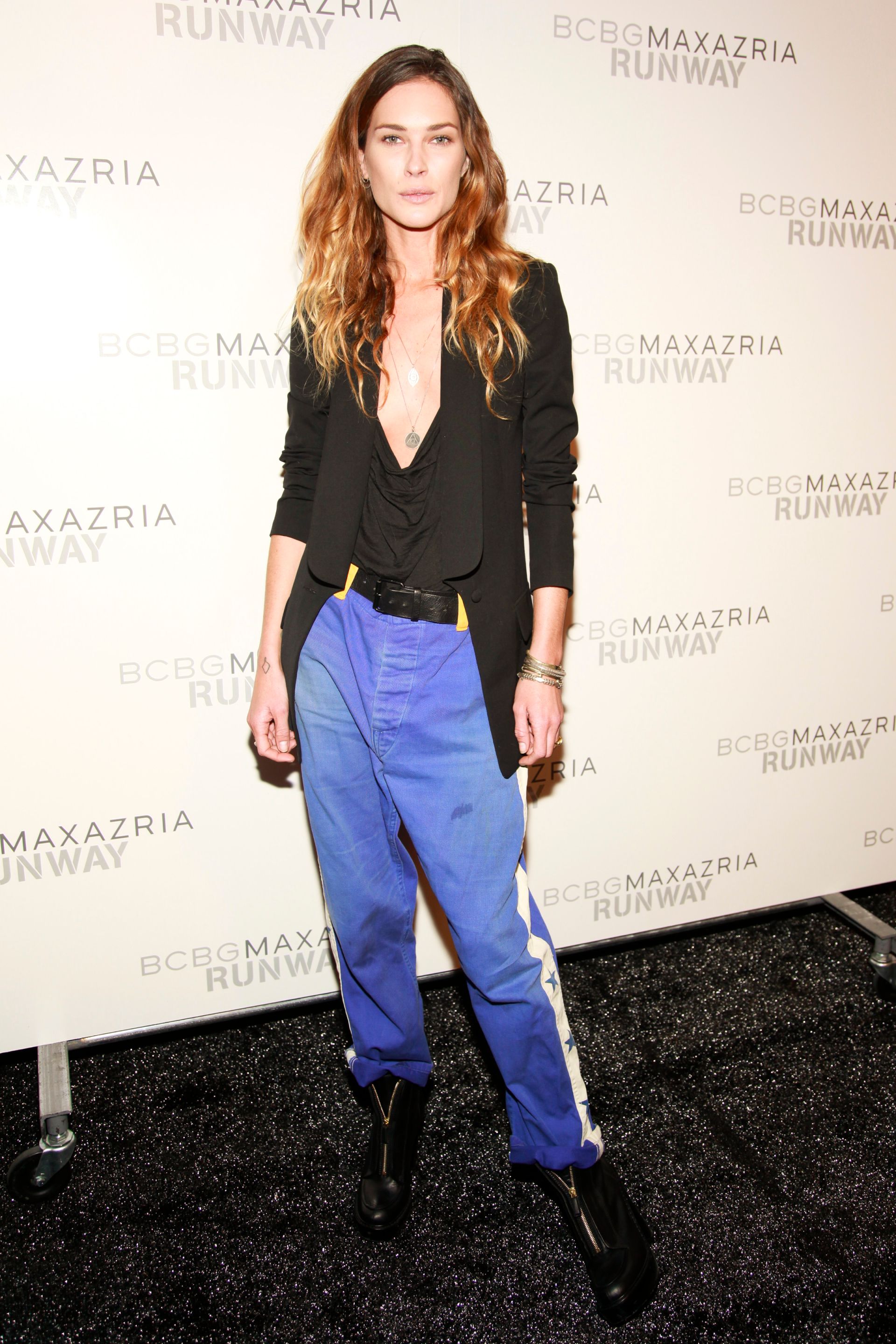 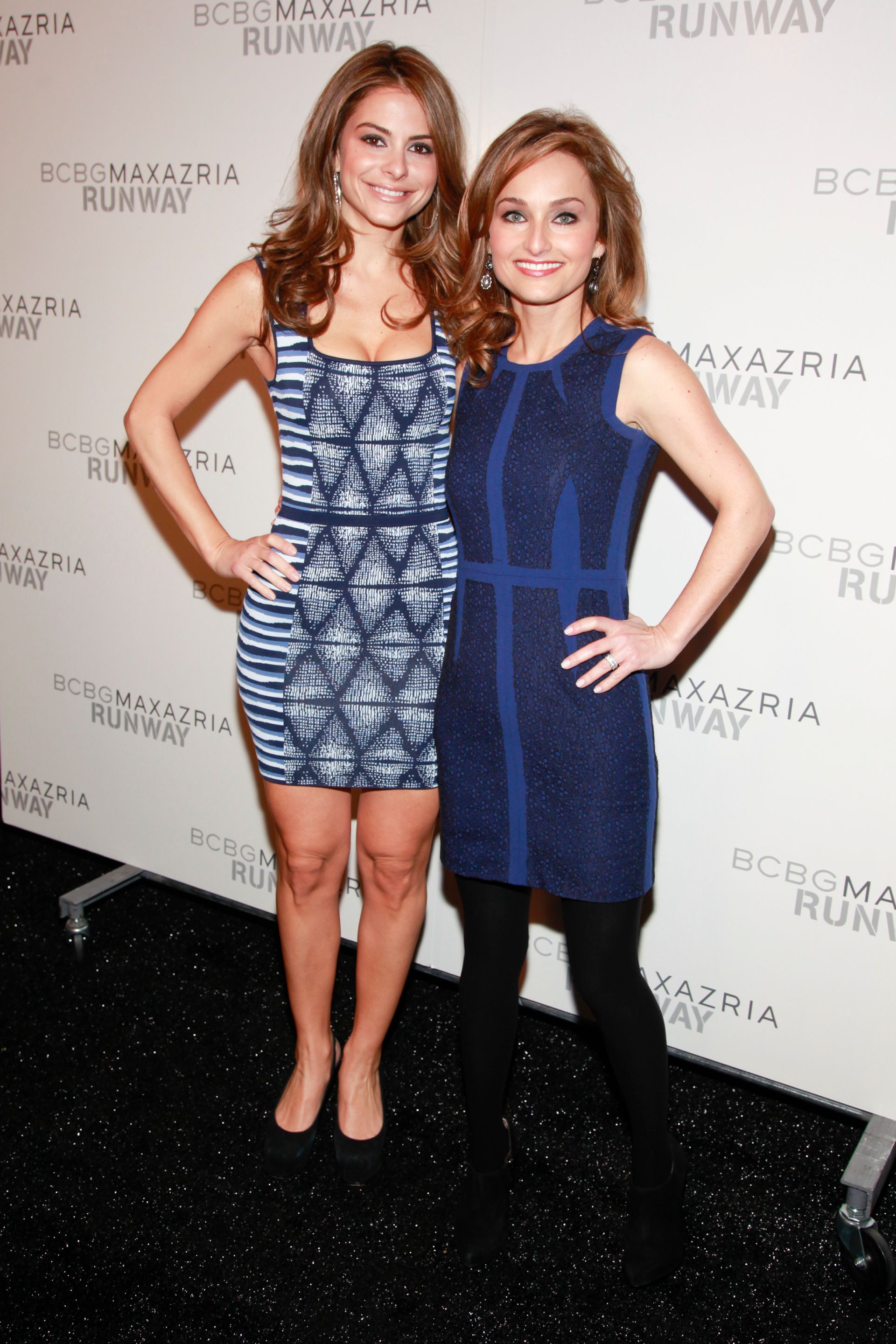 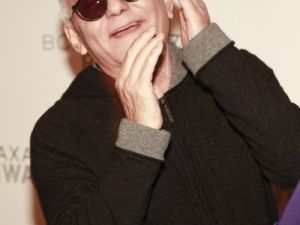 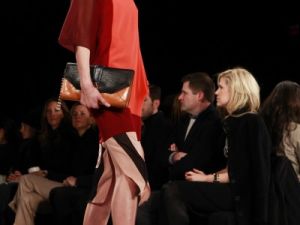 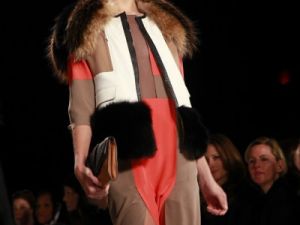 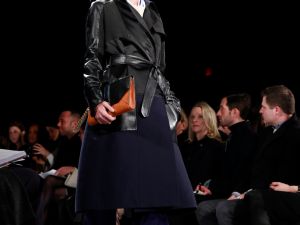 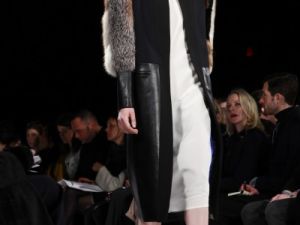 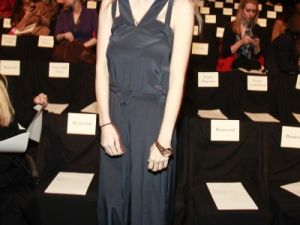 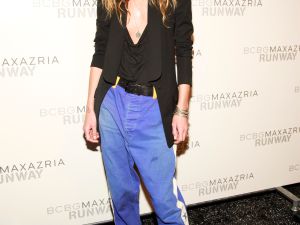 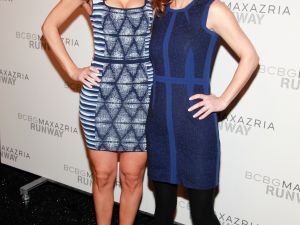 When we arrived backstage at the BCBG show, Max Azria was inviting Maria Menounos to shabbat dinner at his Los Angeles home. Thrilled, she accepted the invitation before explaining that “can’t wait to return to her own Hollywood abode after Fashion week. I’m worried my dogs won’t recognize me,” she drawled. As a handler took Ms. Menounos to her seat, The Observer chatted with Mr. Azria about his collection.

Having developed a winning formula over the decades, Mr. Azria explained that he draws inspiration from the same source each season. “It’s always a beautiful woman,” he said through a thick French accent. “It’s about smiling. It’s the light,” he said, gently stroking our rather unkempt tresses the way one might pet a friend’s cur.

We wondered where Mr. Azria stayed when he came to New York. “I stay in a very small hotel that nobody recognizes me. I like that. I don’t like to show off,” he said. An assistant pointed at her watch. The show was supposed to start 15 minutes earlier, meaning by Fashion Week standards everything was right on schedule. En faisant la bise, he embraced us without hurry, smiling his grandfatherly smile and wishing us well before, much to our chagrin, twirling our tangled mane once more.

We traipsed down the runway through aggressive photographers snapping the likes of Giada DeLaurentiis and Menounos, to our seat in the front row. Across the aisle, a parachute pant-clad Erin Wasson tee-heed and giggled beside Cory Kennedy (bird’s nest hair and all). Publicists scurried about, ordering the stragglers to take their seats before the catwalk seal was removed…

In the meantime, we made niceties with the Wall Street Journal to our left: “Who the hell is that?” she whispered under her breath. Not a clue!

Then it got good: The lights had just been dimmed — warning all that statuesque, boney creatures were about to saunter by in Lubov and Max’s latest BCBG creations— when all of a sudden— Kennedy chuckled, kick off her heels, whispered something to Wasson— who in-turn threw her head back with delight and cackled “Go girl!” Kennedy then darted down the runway– shoeless— mere seconds before the first model walked.

The Observer had no time to react to this bizarre, yet riotous outburst, before the models paced by donning bold color-blocked shift dresses, autumnal-hued trench coats, and marvelous gold-accented clutches. A few of the fur patchwork trims screamed “attack of the wooly beast,” but all-in-all, the collection had bon chic, bon genre.