The assemblyman exits federal court after he was charged with conspiracy and money laundering. (David Karp/AP Photo)

Even if his trial does not end in conviction, Mr. Boyland—to no one’s surprise—faces several challenges for his Assembly seat when he’s due up for re-election sometime this summer. Though the date for the vote has yet to be set, a field of at least five candidates is already lining up to challenge him at the polls and petitions are circulating in Brownsville calling for his “immediate resignation.”

“There is a void right now as a result of the current troubles that [the Boylands] are experiencing,” said Ms. James, “and the fact that they have lost a big amount of power in Brownsville and, you know, my heart aches for them, but beyond that my heart aches for the constituents of Brownsville, because what they need is competent leadership and what they need right now is someone with a vision and someone who can promote economic development in Brownsville to address the high rate of unemployment and the violence.”

One of his potential challengers in this year’s election, community activist Tony Herbert, believes Mr. Boyland’s absenteeism is detrimental, and that neither he nor his father produced any noticeable results in Brownsville.

“Honestly, I can’t really put my finger on the pulse of anything that has moved this community in a positive direction during the tenure of the Boyland clan” he said, “with the exception of Thomas Boyland, who had the seat and did some wonderful things. But after that, I haven’t seen anything from the father or the son. So, at the end of the day, it seems as though this is more about the Boyland business than it was the community’s business.”

But Mr. Boyland Sr. was steadfast, and pointed to achievements made by himself and his son, noting they did not push for development in Brownsville out of self-interest. “They’re trying to just wipe out good things now, they’re trying to say it was all bad and corrupt. No. Ain’t nobody corrupted,” he inveighed. “I don’t build health care facilities because of me, I build them because we need health care. I’m not building anything because I needed a house. No, I built houses because there were 44,000 homeless people.”

And he’s solidly unimpressed with the idea of his son being challenged for the family seat. “Who the hell are these guys?” he asked. “A good leader has a solution. When you run for governor and mayor and all that, have a solution. So that’s the answer to the buttholes running against somebody. They ran against me, I don’t worry about them.”

Of late, Mr. Boyland Jr. has tightened his privacy settings on Facebook, but he remains active on the site. In the past three weeks, he has used Facebook to comment on photos, participate in a poll and “like” the Richard Pryor movie Which Way Is Up? His profile of course lists his membership in the New York State Assembly, but he also identifies “Herban Eden Corp/ Human Race Corp. com” as one of his employers.

Both companies are the brainchild of a Long Island man named James Dunn. They are not licensed corporations in New York State, but websites created by Mr. Dunn say they are dedicated to “capitalizing on the wireless energy connection between thought-life & plant life” and making “the world’s first 24 hour holographic internet broadcast and wireless energy supply network.” Mr. Dunn said the assemblyman has been “very instrumental in his concepts.”

As for his state of mind, Mr. Boyland’s most recent comment came, where else, on Facebook, where, he recently changed his profile photo to a note that read, “I am too positive to be doubtful. Too Optimistic to be fearful. And too determined to be defeated.” 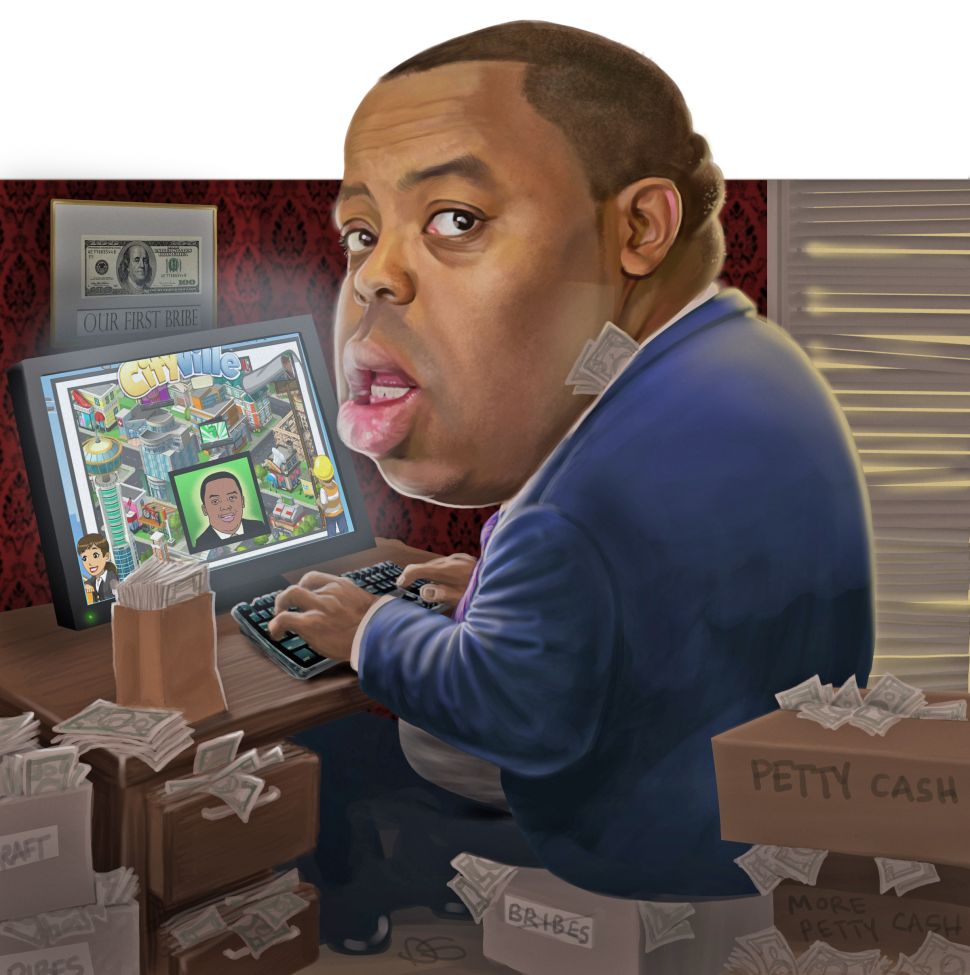