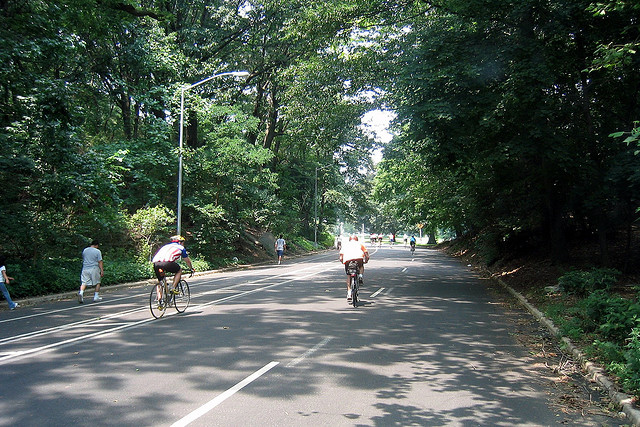 It may not look it here, but the road inside Prospect Park can get mighty crowded, especially during rush hour when cars take up two lanes.
jhanasobserver 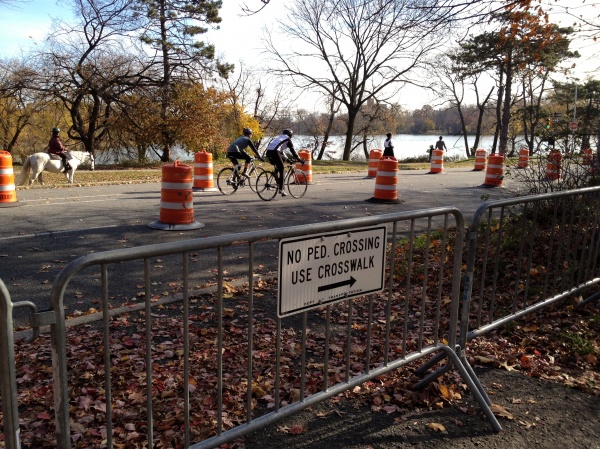 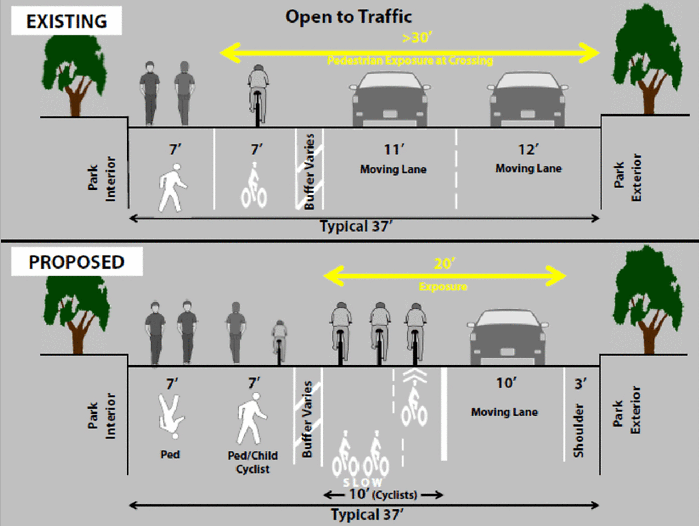 The Prospect Park Alliance has proposed a redesign of the road, cutting car lanes down to one, with one for bikes and one for walkers.
jhanasobserver 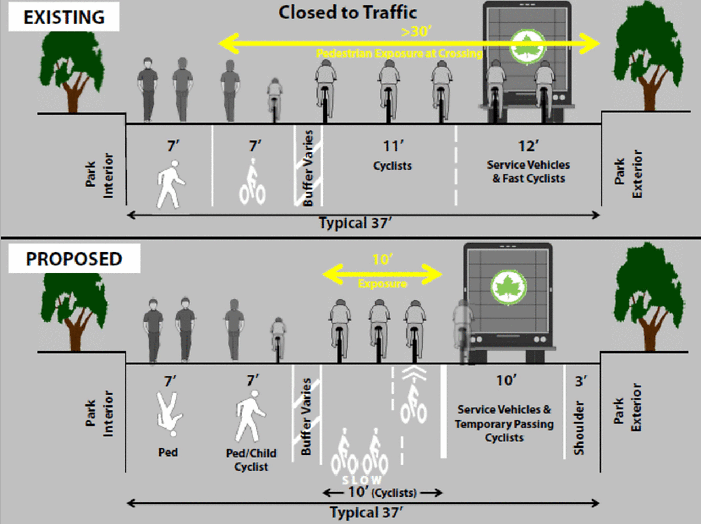 During non-rush hours, the motorist lane will be used by Parks and other city vehicles on official business.
jhanasobserver
Advertisement 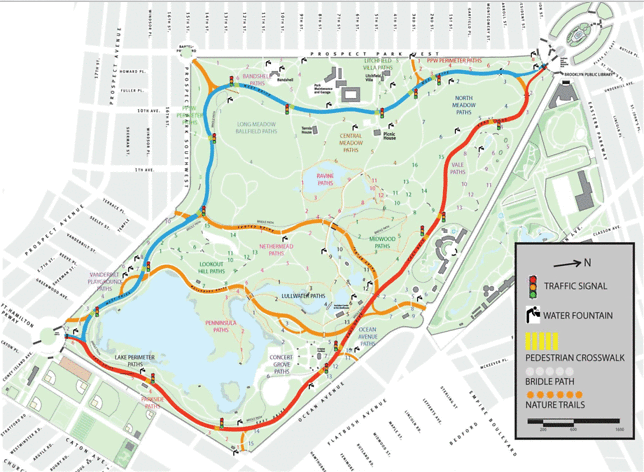 A map of the park's byways.
jhanasobserver

Accidents have been on the rise.
jhanasobserver 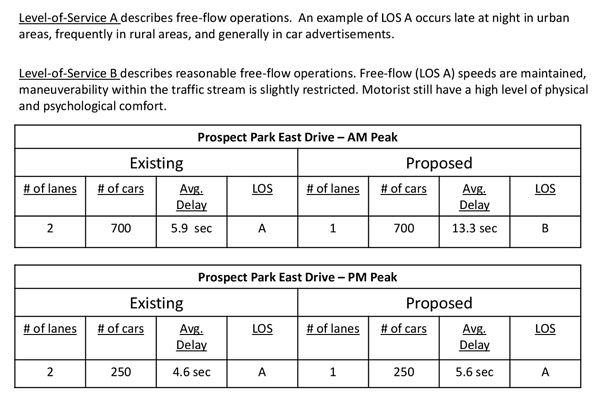 There will be some minor changes to vehicular travel times, but generally limited to a few minutes.
jhanasobserver 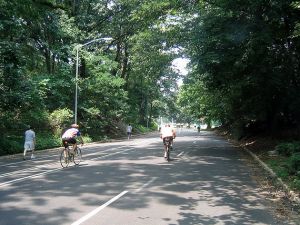 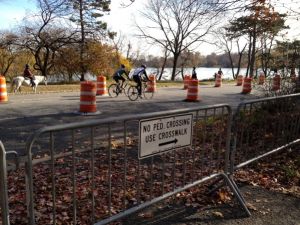 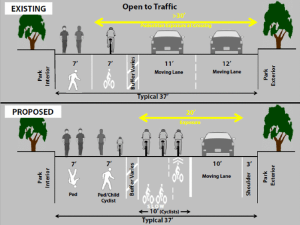 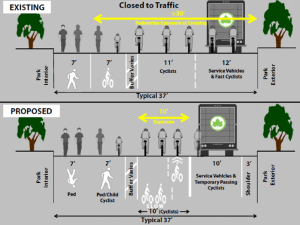 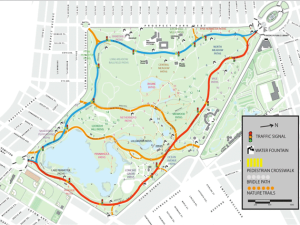 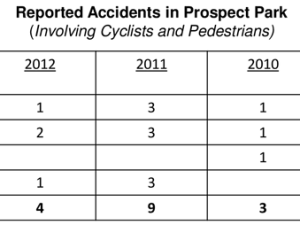 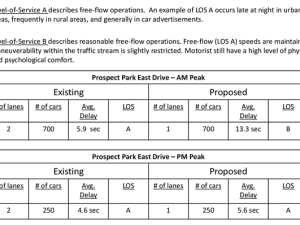 The road rage is not only on Prospect Park West but also inside the Park itself. After two serious bike-on-pedestrian accidents left two women with significant brain injuries, the Prospect Park Alliance set out to redesign Park Drive, the busy thoroughfare inside the park that is often clogged with walkers, cyclists, and during rush hour, motorists. It can get hectic at times.

Now, the Alliance has unveiled a new proposal that will give each group its own dedicated lane, cutting down the car lane from two to one and giving peds and bikes their own dedicated space. There will be space for running both ways and for both slow and fast bikes, a more even allotment on the street.

“We decided that the only workable solution was for each group to have a lane and only one lane, throughout the day,” Emily Lloyd, administrator of the park, told The Times. “There was consensus — I would say enthusiastic consensus.”

She told the paper that she expected drivers would be revving their engines in dismay, but as a meeting last night showed, it was actually the walkers and bikers who were more concerned. According to the Post, the overwhelming message from 100 or so attendees was that cars should be banned outright. “The long-term goal is a car free park and we won’t stop until we get there,” one attendee said.

Eric McClure, head of community group Park Slope Neighbors echoed the call in a release sent out last night after the meeting:

We applaud the Task Force for taking steps to increase the safety of park users, and for doing so with deliberate care and consideration. However, the single biggest threat to safety in the park is the presence on the drives of speeding motor vehicles.  The well being of the countless walkers, runners and cyclists who use Prospect Park everyday is being compromised for the sake of a tiny minority, just a few hundred drivers a day, who invariably repay the privilege of taking a shortcut through the park by stomping on the accelerator.

Removing cars from the park drives should really be considered a prerequisite for solving the issue of conflicts between cyclists and pedestrians. The ongoing presence of motor vehicles in the park will continue to sow confusion over the usage of the car lane during car-free hours, and relying on the honor system to keep drivers confined to their one lane – the same drivers who routinely and nearly universally shatter the speed limit in the park – seems like a recipe for danger.

Ms. Lloyd did not rule out the possibility for a no-car park, the Daily News reported, saying that this was only a temporary fix, a response to the recent accidents, and that the issue would continue to be studied after the changes are made.