Mr. Liman, who was raised on the Upper East Side and graduated from Fieldston and later Brown, was answering our question about how a local sensibility has crept into his Hollywood work. He does seem to have a soft spot for certain bad guys—say, Chris Cooper’s Conklin from Bourne Identity, whom the director based on Oliver North. “You identify with all the bureaucratic hassles that he has to deal with,” Mr. Liman told us. “People who believe they are patriotic, bypassing all these rules of law to get done what they think is right.”

Replace the word “patriotic” with “artistic,” and Mr. Liman might be talking about himself. He’s certainly dealt with his share of hassles, after all, and though he’s no murderous intelligence agent—that we know of!—he has developed a certain reputation as “difficult” and brusque. Despite being dressed casually in jeans and a T-shirt, his hair a mess of brown curls, it was clear from the moment we sat down with him that the 46-year-old director—whose upcoming MTV show, I Just Want My Pants Back, had a sneak-preview after the MTV Movie Awards but is officially premiering on Feb. 2—is just as stand-offish and intense as advertised. The man who put Jon Favreau and Vince Vaughn on the map with Swingers and who made Will Hunting into an action star treated the whole interview not unlike a deposition.

Still, Mr. Liman is a complicated guy. Take a look at his résumé, which swerves from indie breakouts like Swingers and Go to major blockbuster hits like Bourne Identity and Mr. and Mrs. Smith, and whose follow-up film after the mindless popcorn flick Jumper was a retelling of the Valerie Plame case, Fair Game. With his latest project, a TV adaptation of the coming-of-age novel I Just Want My Pants Back (a difficult name to roll off the tongue, so let’s just shorten it to IJWMPB, or, better, Pants), Mr. Liman is returning to one of his favorite subjects, youth culture—albeit 16 years after Swingers helped define an earlier generation. Which is not to say he ever really left the genre behind: he executive produced The O.C. and directed that show’s pilot.

The difference is that Swingers was personal. “There was a lot of autobiography in it,” Mr. Liman told us. “In that I and basically everyone I knew had left New York—our safety net—for this new and alien place.”

In Mr. Liman’s own words, his world as a teenager involved “10 square blocks” on the Upper East Side. (Mr. Liman, who is single, currently lives in Tribeca, “near Bubby’s,” with his dog, Jackson.)

“I used to think New York ended at Canal Street,” Mr. Liman told us. When we attempt a joke—“Well doesn’t it?”—he glared at us, inscrutably.

“I love New York,” he said. “This is the greatest city in the world. So if you grow up here, and this is what you know, you’re growing up very spoiled.”

Mr. Liman’s father was the prominent attorney Arthur Liman, best known for serving as Senate counsel during the Iran-Contra hearings. His mother, Ellen, is a painter and art dealer.

Mr. Liman’s pet project, Pants, has been in the works since 2008, only a year after the publication of David Rosen’s 2007 novel of the same name. The book, which tells the story of 20-somethings living in the West Village, seemed an unusual choice for a big-name director currently juggling two difficult Hollywood features. (One is an alien film starring Tom Cruise; another is about the 1971 Attica prison riot, for which Arthur Liman served as New York State’s investigation counsel.)

When we asked Mr. Liman why Pants was mostly set in the now-trendy neighborhood of Greenpoint instead of the more hipster-populated Bushwick, he seemed annoyed. “Maybe eventually they’ll all get too poor and end up in Bed-Stuy,” he said. 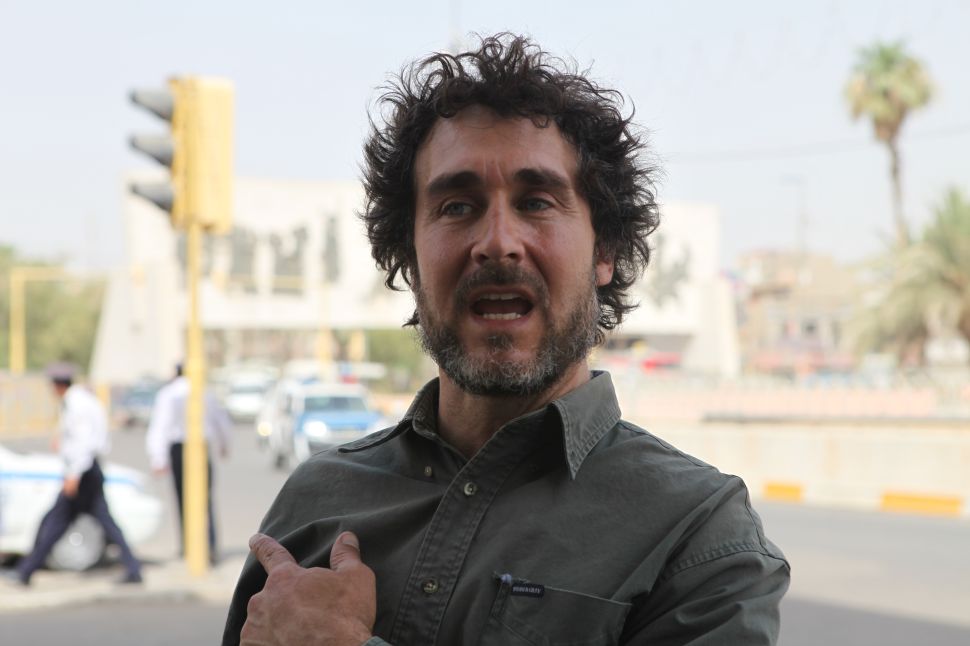