In February 2009, a young-looking man appeared in the audience of the Marc Jacobs Fall-Winter show, one of the most exclusive at New York Fashion Week. He was not a director, like Marc’s friend and frequent guest Sofia Coppola, or a famous singer, like Madonna, or an actor, but his handsome, androgynous face was already familiar to tens of thousands of fans online. And there he was, in the pantheon. Fashion-show invite lists are feudal and loaded with meaning, and that man’s arrival at Marc Jacobs meant: I am now Anna Wintour’s peer.

An unlikely peer he was.

Bryan Grey-Yambao, who is also known as Francis Bryan Yambao, but who is much better known as BryanBoy, has been blogging about fashion since 2004. That’s longer than the Sartorialist (which Scott Schuman started in 2005), longer than Garance Doré (2006), longer than Susie Lau (2006), longer than Rumi Neely (2008) and longer than Tavi Gevinson (2008). He helped establish—or at least propelled into the mainstream—many of the tropes of the fashion-blogging genre, like the blogger’s gushy après-shopping post (“I fell in love with this Alexander Wang leather and canvas backpack the first time I saw it when Rumi and I went to the Opening Ceremony store in LA …”), the endless starring-in-the-editorial-of-my-own-life photographs of the blogger wearing designer outfits, and the blogger’s mainstream media crossover.

He also helped set the standards for designer “gifting” and disclosure of same in the fashion blogosphere, an arena where it is currently considered acceptable for a blogger to take international airfare, accommodation, designer goods and sometimes even celebrity-style appearance fees from the major brands they cover. Bryan’s agent would not comment on his current appearance and speaking fees, but the blogger told New York that he made over $100,000 in 2010. His blog currently bears enormous Coach ads and Women’s Wear Daily reported in November that BryanBoy.com averages 1.4 million page views per month.

Bryan turned down an interview request, telling The Observer he was obligated not to participate in any profiles pending a “project” with another “media outlet,” which he said he expected would be “developed/released” by this summer. Bryan’s agent at CAA—with whom he signed in May 2011—did not comment on the rumor that the “project” in “development” relates to television. Nor would she comment on his other upcoming projects.

Alex Gilvarry, whose début novel, From the Memoirs of a Non-Enemy Combatant, centers around a slight, flamboyant Filipino fashion designer known as Boy, said he started reading BryanBoy to learn about fashion, but found himself fascinated. “I think it’s funny that BryanBoy and Manny Pacquiao are like the most famous Filipinos in the world right now,” said Mr. Gilvarry. “And behind them is Imelda Marcos.”

“Bryan often chides me on not having as good a knowledge of fashion as I should,” admitted Isaac Hindin-Miller, a New Zealand-born, New York-based fashion blogger who has been friends with Bryan since 2008. “I took a photograph about three and a half years ago at a Jean Paul Gaultier men’s wear show,” and Vogue happened to publish the shot. “I got a credit about five millimeters wide, at the very corner of the page, completely in the middle of the book,” says Mr. Hindin-Miller. “And the day that Vogue came out, Bryan Tweeted at me and said, ‘Congrats on getting a photo credit in Vogue.’

“I emailed him and was like, How on earth did you see that?” recalled Mr. Hindin-Miller. “And he told me, I read every single word of every single magazine. I don’t believe you could find anyone who has a better knowledge of what’s going on in the industry than Bryan.”

A Manila-based friend who’s known him since the early 2000s said, “I used to roll my eyes whenever he’d tell me that he wanted to be in Vogue,” but sure enough, he was anointed one of nine bloggers “making a global industry sit up and take notice” by that magazine’s 2010 “Power” issue.

But while Bryan has the rare quality of appearing to offer total, unvarnished honesty, his blog readers—and even many of his friends—are privy to surprisingly little information about him. He rarely mentions his family, and never by name. BryanBoy will tell his readers about discovering he was gay at age 12 when he had feelings for a classmate called Emanuel, but he will not post any pictures of or give even a first name for the boyfriend he has been dating since 2010. (He is a Swedish commercial banker, and he is said by those who have met him to be a nice man who guards his privacy closely.) BryanBoy will scan and post the results of an HIV test (negative) along with a safe-sex message, but he’s never mentioned his parents’ professions. BryanBoy will live-tweet a threesome (in 2010, he took the time to mention that his partners were wearing Lanvin Homme and Damir Doma, respectively), he will even tweet about his bowel movements, but he will not talk about where he grew up.

“He writes about everything,” said Mr. Gilvarry. “But I really don’t know anything about him.”

So, who is BryanBoy? 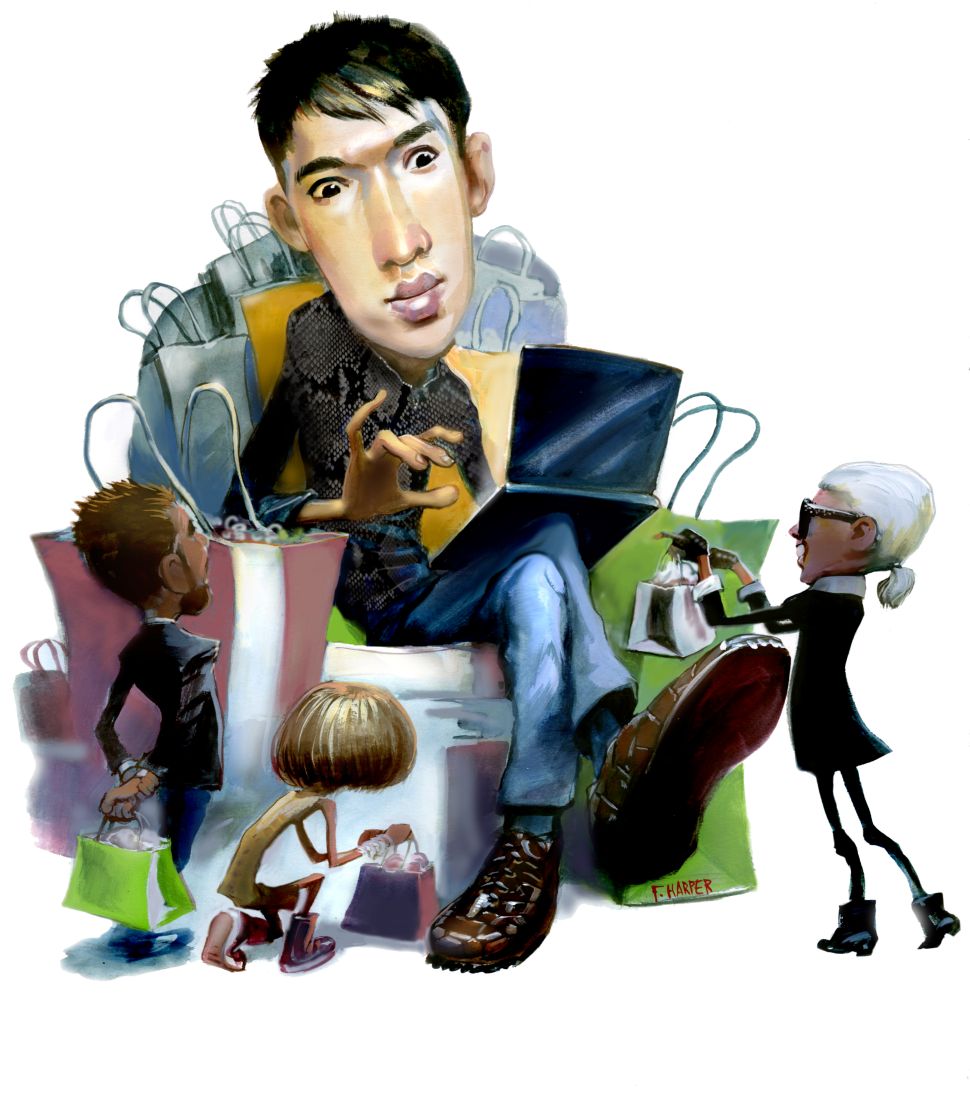