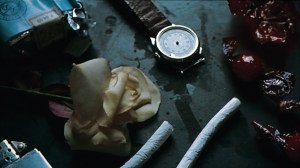 Still From Christian Marclay's "The Clock" (2010). Courtesy the artist and Paula Cooper Gallery.

Today it was announced that the Israel Museum jointly acquired Christian Marclay’s The Clock with the Tate in London and Centre Pompidou in Paris. It’s hard to believe it’s been less than a  year since Mr. Marclay’s 24-hour-long film, which cleverly counts down the seconds of a full day using images of clocks from throughout the history of cinema, had its  New York debut at Paula Copper Gallery. The piece caused a sensation, leaving many critics enraptured–aside from a few scattered sticklers. The Clock came in an edition of six, and most have already landed in the permanent collections of major museums.

In addition to this most recent acquisition, the other places that have officially acquired Mr. Marclay’s epic are: the Los Angeles Contemporary Museum of Art, New York’s Museum of Modern Art, and, jointly, the National Gallery of Canada and Museum of Fine Arts Boston. So that’s four total. The Museum of Contemporary Art in Sydney will show a copy of the  work in March, though Paula Cooper Gallery already confirmed to us that the piece is on loan and not in the permanent collection. Beyond that, in April, Zurich Kunsthaus will screen an edition of the film, though the museum has not announced officially if it has acquired the work (calls to Zurich Kunsthaus were not immediately returned).

So where in the world do you think the remaining copies of The Clock will land? We were kind of hoping to see one on every continent (excluding Antarctica, though that would have also been interesting), but it looks like that dream has already been shattered. Shattered like the face of Big Ben in The Stranger. Or like the scoreboard in The Natural. Or…oh, whatever. We don’t have time for this anyway.