Senator Chuck Schumer mixed up the names of hip-hop icons L.L. Cool J and D.J. Kool Herc, in his speech at the gala scholarship dinner that was the finale of the annual New York State Black, Puerto Rican, Hispanic and Asian Legislative Caucus association weekend. Mr. Schumer’s musical mixup came when he told the audience about his efforts to preserve the Bronx apartment building where Kool Herc is said to have first mixed records and rapped over the beat.

“I have kept my promises to you that, while I have clout in Washington, I will do everything I can for our dear State of New York,” Mr. Schumer said. “So, when greedy landlords in the Bronx wanted to close the home on Sedgwick Avenue where L.L. Kool Herc invented hip hop and lots of hardworking people lived, we stopped them.”

Along with his shoutout to “L.L. Kool Herc,” Mr. Schumer outlined other instances where he delivered on promises made to the minority caucus.

“Let me say this to you first, my promises to you I continue to try and keep, I have put on the federal bench, U.S. courts, which are one of the most powerful positions in America, more people of color than any other senator in the history of the United States.”

Mr. Schumer also cited his efforts to maintain funding for public housing in Staten Island and Queens, a push to preserve a veteran’s home in Queens and his work to stop Admiral’s row in Brooklyn from going “down the drain.”

“We stopped them and there will be a beautiful supermarket with low cost, good, healthy food for the people in the neighborhoods there,” Mr. Schumer said of the Admiral’s Row project. 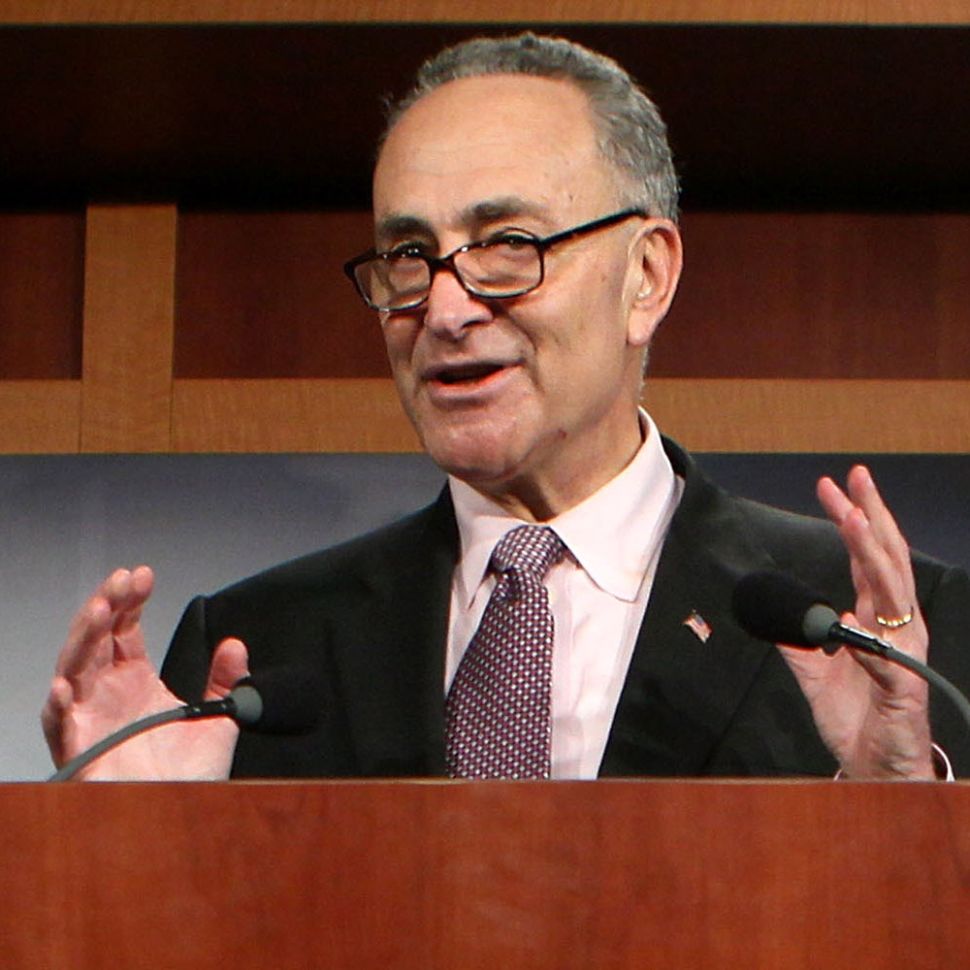