The Observer shuffled into Milk studios on Friday and eyeballed everything. We were particularly impressed by the far wall, which was effectively blotted out by a pile of photographers. Their enormous lens protruded out toward the runway, and they waited like a hulking army of cyborgs. The show began, and we watched the clothes: right angles, zippers, and a coat trimmed in cobalt blue fur. It was eight minutes long. We filed out with the crowd, feeling as though we had blinked and missed it.

We then got slightly lost and found ourselves in the basement of the building at the “True Religion VIP Room,” which looked like a red velvet and animal-print bachelor pad with designer jeans hanging on hooks from the ceiling. It was nearly deserted. The plus side of this was a strange but delicious complimentary steamed milk concoction from the bar. (The barista asked The Observer if we wanted whip cream on top, and when we replied in the affirmative, said, “Wow. That’s nice.”) We departed the basement.

Outside, kneeling photographers clicked at glamorous people that we felt like we should recognize but did not. They had such tiny pores.

Then, a familiar face! The Sartorialist’s Scott Schuman was bending and snapping amongst the other photographers, and we decided to say hello. He told us that he has yet to be impressed by either the shows or the street fashion outside of them, but that the clothes themselves matter little as long as he takes photos have an interesting composition so that they look “like they would in a dream.”

This seemed sadly like his planned PR response, but all was well, because we got to watch as he discovered his next subjects: a couple leaning into each other and looking at an iPhone, their jackets complementary in grey and a muted paisley print. His stopped in mid-sentence when he saw them; his face lit up and he started clicking.

We made a note to ourselves to start dressing in a way that gets that kind of reaction of from a fashion blogger, and went on our way. 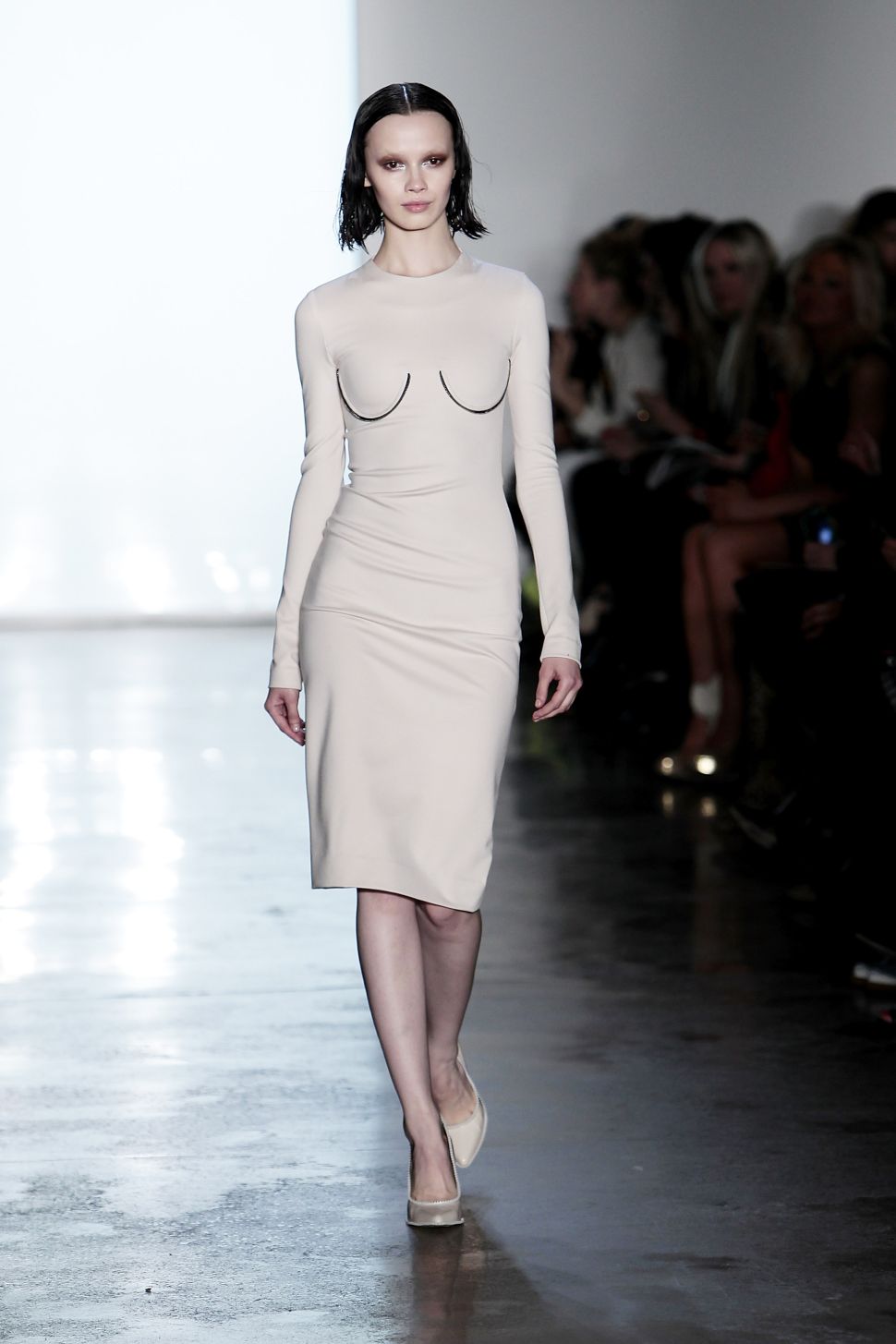