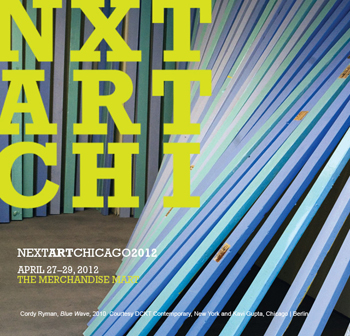 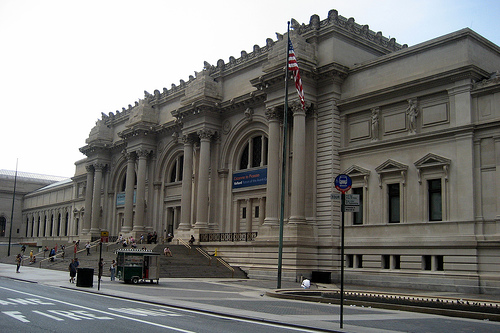 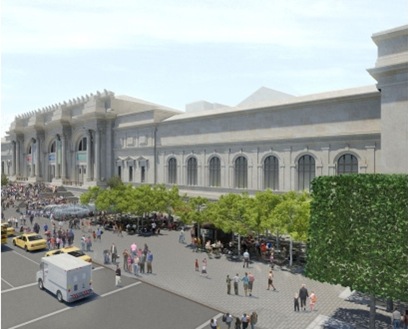 $60 million worth of greenery 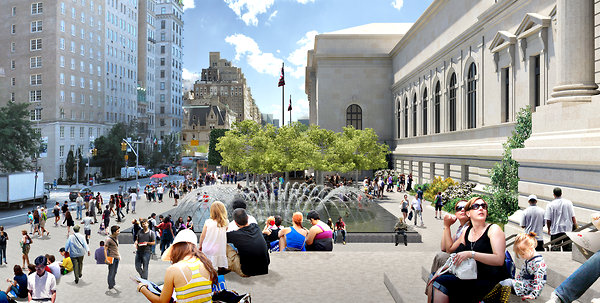 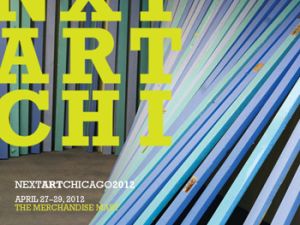 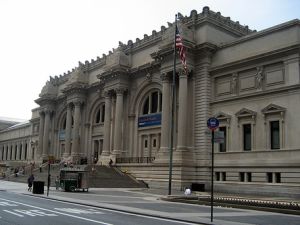 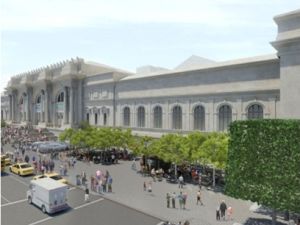 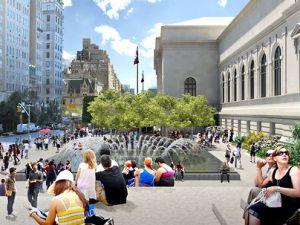 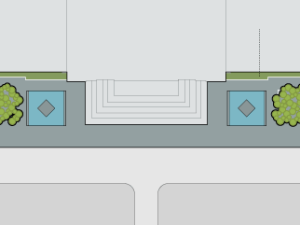 When David Koch left his home at 1040 Fifth Avenue, which was once occupied by Jackie O., he said one of the things he would miss the most was his views of the Temple of Dendur at the Met across the street. One thing he did not miss? The deteriorating plazas out front.

Mr. Koch is donating $60 million to the museum to renovate the space out front, the Met announced today.

While Met officials expressed the plaza’s need for some serious nip and tuck, up until recently there was neither enough funding nor enough resources to execute any changes. If the project passes public approval, renovations to the area extending along Fifth Avenue from 80th to 84th Street would begin by the fall 2012 and slated for completion by the summer of 2014.

OLIN, a Philadelphia architecture and design firm, will be leading the project.  It plans to make improvements to the space by providing additional seating, planting more greenery, installing LED lighting at night, and upgrading the fountains (think:  Vegas-style more than school playground).

While it’s obvious that the Met knows that, “It’s what’s on the inside that counts,” now it’s finally able to acknowledge that there comes a point where one’s outer image becomes important, as well.  Hopefully, its project proposal will be Met with a seal of approval.

Perhaps we should start calling Mr. Koch “Mr. Met?” After all, he’s been a big booster for the opera on the other side of the park.