The lobbyists were Democratic Party friends – in the strictest political sense, another source told PolitickerNJ.com.

“The communication was that essentially it’s going to be a battle over the next couple of years, and we’re going to need our friends,” said a source with intimate knowledge of the meetings, which lasted a good chunk of the day.

He replaced former Assembly Majority Leader Joe Cryan (D-20) this year, so lobbyists looked to talk to him one-on-one specifically in a leadership context, a source told PolitickerNJ.com.

“The new team is now in place; this is a majority on an upswing, a new cycle,” a source explained.

Sitting side by side, Oliver and Greenwald projected the message of a unified front, a contrast to the Cryan days.

“The sense was ‘we’re working together,’” said a lobbyist with knowledge of the meetings.

Another source added, “It was just general conversation, catching up on things.” 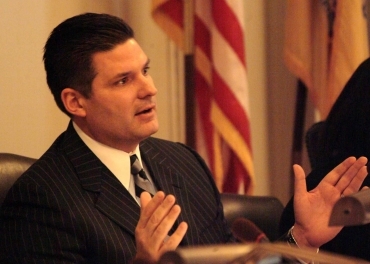