Mayor Bloomberg’s education policies have come under fire in recent weeks due to the closing of several city schools. After the mayor’s preliminary budget presentation today, Department of Education Chancellor Dennis Walcott defended mayoral control of city schools and said he doesn’t “buy into” criticism the city hasn’t been transparent enough about school closures.

“Mayoral control has worked, it’s worked well, and we are continuing to improve and refine it to make sure it’s even better,” Mr. Walcott told Politicker.

Mayoral control of city schools was established by a 2002 law. Last week, Assemblyman Keith Wright threatened to introduce a bill to repeal mayoral control because of his frustration with “the dictatorial and despotic policies coming out of City Hall where they just arbitrarily and capriciously decide that they’re going to close schools.”

Mr. Walcott said the city’s public education can still be improved, but there has been “tremendous” progress in the decade since Mayor Bloomberg took control of the school system.

“I was in Albany on Monday, I’ll be back in Albany next week. I spoke to Keith Wright, not necessarily about that bill, but again, I think what has happened over the last ten years has been tremendous as far as the improvement in the outcomes of our students,” Mr. Walcott said. “We still have a long way to go–the mayor’s been very clear about that, I’ve been very clear about that. I think what has happened under this mayor, both from the investment point of view dollars into the education system, as well as results, has benefited as a result of this good governance system.”

Other critics of school closures have argued the city should do more to explain their rationale for closing individual schools. Mr. Walcott said he believes the city is being “extremely transparent” about school closures.

“I just don’t buy into that at all, we are very transparent. We hold community meetings, we engage our parents, we engage our community education councils, we have our panel for education policy meetings, we have information out on the web,” Mr. Walcott said. “We’re very open, I’m very open. We talk about it all the time, so I just don’t buy into the theory that we’re not transparent at all. We’re extremely transparent. Maybe they don’t agree with us, but that’s a different discussion.” 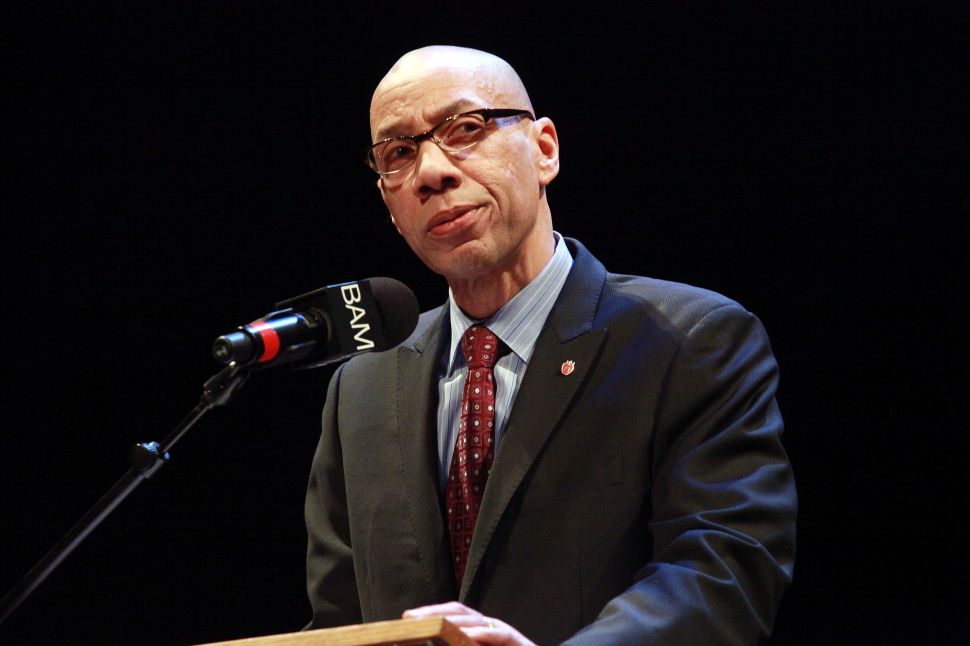