Republican House Majority Leader Eric Cantor has earned a reputation among Democrats as “Dr. No,” an uncompromising politician who’s been a major force behind the gridlock in Washington this past year. In a Q&A session with reporters after his speech at this morning’s ABNY breakfast, Mr. Cantor said he thinks the Democrats are the ones who aren’t willing to cooperate.

“I’ve not seen the willingness on the other side to compromise and it is always two things; spend more and raise taxes for them, and what we’re saying is, stop, we don’t have the money to spend, and let’s help people and let’s help the small businesses,” Mr. Cantor said in response to a question from The Politicker.

A major theme of Mr. Cantor’s ABNY speech was his belief the Obama administration espouses rhetoric promoting “politics of division” pitting the rich against the poor while he and other Republican leaders prefer “politics of multiplication” and bringing people together. ” He returned to that theme when we asked him about Washington gridlock.

“What we’ve been trying to do over the last year is to knock some common sense back into the process and say, number one, you’ve got to stop spending money you don’t have. Number two, you have to face facts here,” Mr. Cantor said. “We want to get the fiscal situation straight and put in place policies that are not policies of divison. I mean, you know, this president and others would say that we need to go and continue to pit rich against poor. I believe the opposite. We ought to be multiplying choices, we ought to be making sure that people have more attempts to get their slice of the wealth pie and it shouldn’t be a zero sum game, we should all be in this together. And those are the kind of things that we’re bringing to the table.”

Mr. Cantor said he believed the Republicans are trying to spark real reform in Washington, which may be “frustrating for people” because it is a slow process.

“Washington has been a destination for cronyism, for insider dealing, for people going to that town to try and get theirs, to help themselves,”  Mr. Cantor said. “We’re trying to stop all that and affecting real change just takes time, and it is frustrating for people when their own lives are not improving as fast as they’d like to see.”

Mr. Cantor cited his proposed business tax cut as an area where Democrats should be willing to work with Republicans in Congress.

“We have from day one said we are willing to work together, to cooperate, to try and find areas where we believe things in common. And it’s been constantly throughout all the discussions on the fiscal end, from the administration standpoint, they want to raise taxes and they don’t want to stop spending the money,” Mr. Cantor said. “What we say is, let’s lower taxes so we can afford small businesspeople the ability to grow. They’re the backbone of … America’s economy. Let’s focus on that. And that’s why I proposed a twenty percent small business tax cut and I’ve asked the president and others to join us in helping small businesspeople, because that’s a place we can all compromise.”

Mr. Cantor clearly isn’t pleased with the Obama administration, but he’s not ready to back any of the Republicans hoping to replace the president next year. Last month, Mr. Cantor hinted might make an endorsement in the Republican primaries, but he kept coy when we asked him his thoughts on the race so far.

“I’ve not waded in yet and I think that, sort of, the dialogue and discussion that’s occurring is one that ultimately is going to produce a stronger nominee,” Mr. Cantor said. 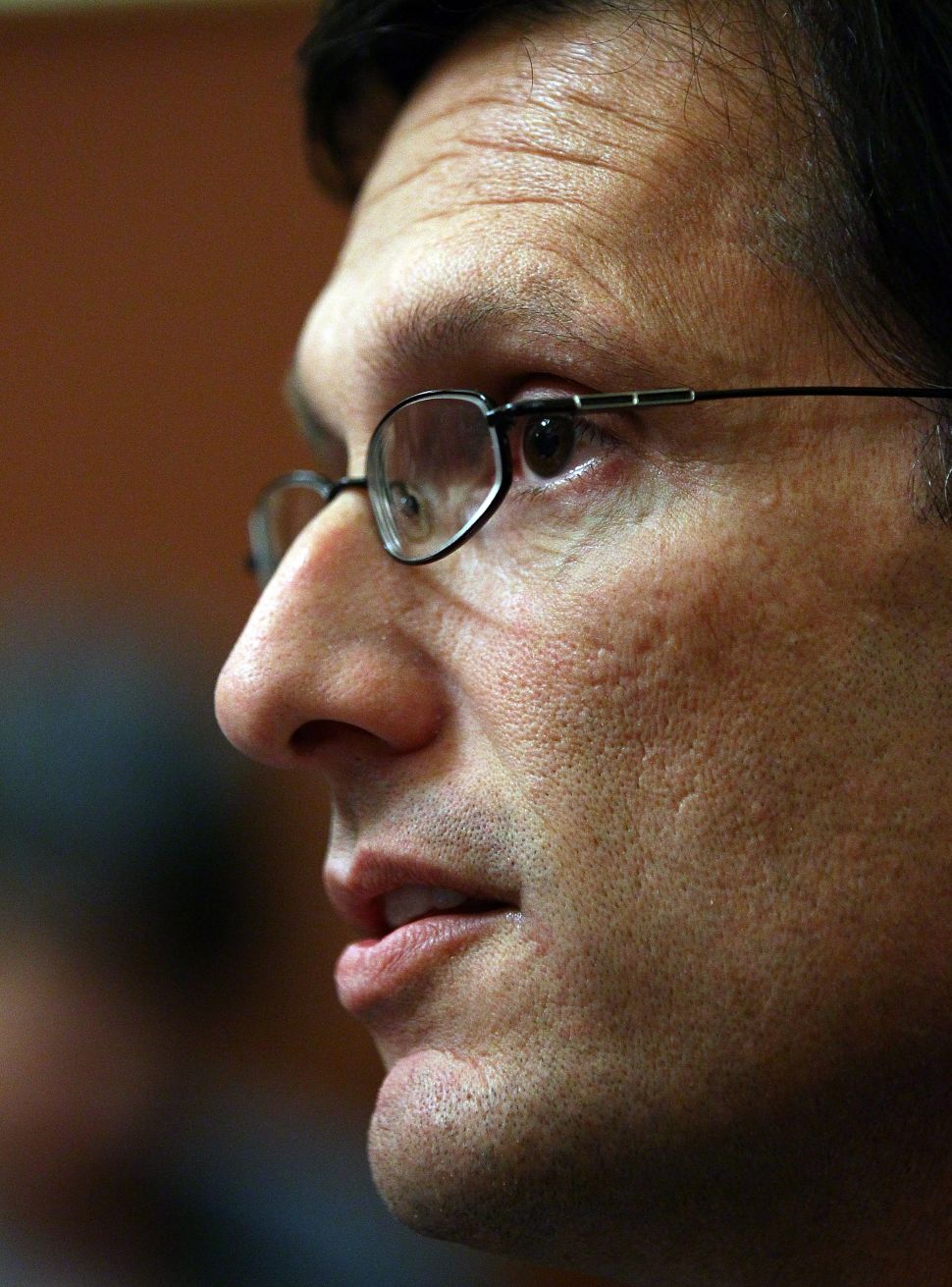