Blaettler said in his letter to the governor that in September of last year Stack falsely informed government services that Union City has a pay-to-play ordinance.

“That certification was contained in a notice to apply – transitional aid program CY 2012, which is part of the application process for $12,000,000 in state aid to the city for 2012,” Blaettler wrote. “The requirement for Union City to adopt a pay-to-play ordinance was a condition of the city’s award of $13 million in transitional aid in 2011.”

Blaettler said Union City has yet to adopt a pay-to-play ordinance.

In his letter to the governor, the former deputy chief enclosed his OPRA request for Union City’s pay-to-play ordinance and the city attorney’s response on Jan. 18.

“We are adopting a pay-to-play ordinance effective on April 1st of this year,” said Stack’s chief of staff Mark Albiez. “It was an oversight. We’ve taken measures to correct it.

“Union City has worked diligently to comply with the MOU and worked to meet the demands of the agreement, such as greatly reducing the payroll and implementing fiscally responsible measures,” Stack’s chief added. 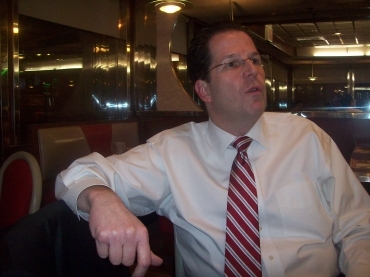