If you’re not adventurous enough to know, The Explorers Club is a New York City-based 107-year-old professional society and “adventurers fraternity.” It’s a fairly exclusive, prestigious club (members have included great guys like Neil Armstrong, and not-so-great guys like Charles Lindbergh), one that didn’t even allow women entry into it until 1981. The latest territory conquered by The Explorers Club? The trenches of their internal battlefields, as they wage internal war with one another. Proof? A communique to members, attempting to quell the various factions as they take to news outlets to fire shots at each other.

Back in December, Page Six reported that Discovery Channel’s Into The Unknown host Josh Bernstein had been “disciplined” by Explorers Club president Lorie Karnath for accepting tickets from Rolex to his own club’s annual dinner. Other members were furious and cited the move by Ms. Karnath as a power-play.

Today, an Outside Magazine piece (brilliantly titled “BATTLE OF THE BIG SWINGING PICKS” of course) further details the internal machinations and warring of the club, members of which thought the Josh Bernstein incident was yielded by another a “breaking point” in which Ms. Karnath reportedly desecrated the club’s highest honors with favoritism (thus cheapening its legacy).

A number of club officials had been upset with Karnath for a while, stewing over what they call a capricious management style that has alienated members and sponsors alike.

Ms. Karnath is only the second female president in the club’s history, and has reportedly brought it into the 21st Century. She has also, under her reign, seen The Explorers Club take their self-seriousness to new heights by inducing paranoia in members.

From the Outside Magazine piece (emphasis ours):

On a cold afternoon in early January, I met with a high-level Explorers Club official at a restaurant in Manhattan. This person, who asked not to be named, was worried that his cell phone was bugged. During our conversation, he kept glancing anxiously at an older woman several tables away, fearing that she could be a Karnath spy. “I’ve never seen anything like the way it is now,” the official said. “If you ask a simple question, you’re immediately thrown before the ethics committee or slammed down. What happened with Josh was a monkey trial.”

In short, the entire thing is nuts. It’s like The Life Aquatic meets War of the Roses with some Archer thrown in for good measure. So today, seemingly in response to the Outside Magazine piece, The Explorers Club’s ‘Honorary Chairman’ Jim Fowler sent a message to the entirety of The Explorers Club membership.

In the letter, Mr. Fowler calls the fiasco a “mess” that “continues to eat away at [The Explorers Club’s] prestige and reputation” and that “something must be done quickly.”

Also, “the bickering over ‘who said what’ and public exposure of the Club’s disputed internal affairs (most would call it ‘dirty laundry’) must stop.” We suppose the source who leaked this to The Observer would disagree. If anything is clear by the memorandum we’ve pasted in full below (emphasis ours), it’s that a solution to the mess at The Explorers Club is worth further exploring, if there’s anything left of it by the time their internal warring ends.

A Call for Action to Our Members from Honorary Chair, Jim Fowler:

The mess at The Explorers Club has obviously not been resolved and continues to eat away at its prestige and reputation. Something must be done quickly, before the Annual Dinner in March, or else that important event, which should be a salute to our membership, will be adversely affected.

Above all, the mission of the membership, the President, the Board, staff, the Honorary directors, Honorary president and Honorary chairman is to protect the credibility of The Explorers Club first, not last. This has not been the case. The action of a few has seriously hurt the reputation of our Club. In fact, if one really believes in the value of The Explorers Club there can’t be anything more important than protecting the respect the members have for the Club, its prestige and long-term sustainability.

Our President has been unfairly criticized since the beginning of her first term, over two and a half years ago, by a small minority of board members who are apparently seeking personal gain. In spite of this negative atmosphere which no President should have to endure, Club events have been well organized, important improvements made to the Lowell Thomas Building, and a spirit of exploration backed by an enthusiastic membership continues. None the less the individuals who have initiated the criticism are apparently eager and willing to damage the reputation of the Club.

First, the bickering over “who said what” and public exposure of the Club’s disputed internal affairs (most would call it “dirty laundry”) must stop. If a board member of any club, corporation, institution or business anywhere in this country spoke out publicly against their organization or administration, they would be expelled forthwith. Discussions and dissent are, of course, welcome as long as the subject is expressed in an atmosphere of honesty and an attempt to solve problems, not to make them worse. Specifically, if a board member threatens to bring suit against the Club for whatever reason, he or she should resign from their membership immediately.

For a Board Member or Club Member to put their own personal agenda before their duty to protect the prestige and reputation of The Explorers Club by going public with their inflammatory comments, shows they have lost perspective or do not respect the Club and its mission.

Several events that precipitated the current state of conflict simply show that some of these participants have lost their perspective and have allowed personal agendas to take precedent over protecting the welfare of the Club and its Members.

Bickering over who gets what medal is immature and unnecessary. This kind of discussion should be solved through thoughtful discussion and “give and take”, not through threats of resignation by the Flag and Honors Committee that could and in fact has hurt the Club. The bickering over the award of a medal to the point of threatened resignation diminishes the value and prestige of the Flag and Honors Committee and is therefore counter-productive.

Pursuing personal, extremely vengeful vendettas that result from minor conflicts such as “who is the main speaker at one of the smaller dinners”, is simply out of place and by “going public” does nothing but to help to destroy the Club by dissention.

Individuals who seek to create a “divided camp” should have had the better sense to know it would cause severe damage to the Club. By supporting those individuals who are so critical of their fellow members on the internet, or who “bad mouth” the Club to the press about our internal differences they continue to hurt the reputation and prestige of the Club. Put plainly, their actions jeopardize the Club’s credibility with our sponsors and weaken the support of our membership. Supporters who give credibility to those few who have gone public should know they, too, are hurting the Club.

A sensible solution to the problem would be for the Club’s Ethics Committee to request that these few Board Members resign from the Board and the Club before the Annual Dinner. That request should “clear the air” and underscore to all that the Club is once again functioning properly.

The derogatory remarks about the Club and its internal affairs, publicly, should never be tolerated. The honorable thing for the dissenters to do in this case, if they have any integrity at all, is to offer to resign. Their refusal to do so would again reflect their lack of respect for the Club.

It is my fervent hope our President will run for office again. When the facts become better known about the triteness of the dissenters, their methods and the serious damage they have inflicted on the Club, all Board members should vote for her. Lorie Karnath is devoted to the Club and has brought much success to it in spite of the few detractors and their hurtful actions. I am behind her all the way. Most importantly, we can’t sacrifice our reputation and lose members over this current state of affairs. We need to lose the people who caused the problem; the ones who went public.

“Long live The Explorers Club” and for all it stands. 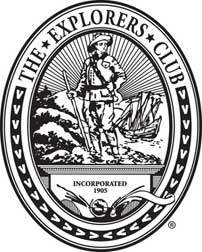