As sartorialists make their biannual pilgrimage from New York to London to Milan to Paris, some veteran tent-dwellers still have a pebble stuck in their Louboutins from Lincoln Center.

The glossy editor’s anxiety over being edged out of the front row, it seems, has migrated over to the media riser and down to the pit. What was once the province of professional photogs, to hear them tell it, has been overrun by iPhone and iPad wielding bloggers who wouldn’t know a bounce flash from a zoom lens. And they’re hogging up the press passes for backstage beauty shots!

Shortly after they turned off the stage lights and sopped up the champagne, a handful of disgruntled photographers reached out to The Observer to kvetch. Slights ranged from being turned away from shows, to an errant iPhone interrupting their runway image, to discovering that the insolent photo-bloggers never learned the etiquette about getting your shot and moving on.

One accredited photographer, who wanted to remain anonymous for fear of being “black-listed,” is even in the process of drafting a “letter of grievance,” calling it “my sort of manifesto, to explain to them what it is to be a photographer, if they choose to separate the bacon from the pig, so to speak.” (We wonder how well the fashion crowd will relate to a pork metaphor, however.)

Those who make their money through licensed images that go out to newswires and magazines, insist that it hurts designers to have Google Images flooded with subpar photographs that, literally, show their garments in a poor light.

What’s worse, experienced photographers moan, these bloggers do it all in “front-of-house” attire, with an attitude to match. “They’re dressed to the hilt and pull a point-and-shoot out of their Louis Vuitton,” said Jennifer Polixenni Brankin, a fashion and editorial photographer who has shot twelve seasons around the globe. “They’re just really kids who want to get into Fashion Week. We tapped one of the girls and was like, ‘Where is your camera?’ and she was unbelievably rude.”

Three years ago, the fashion press began noting, through gritted, gleaming teeth, how quickly an online following earned Tavi Gevinson and BryanBoy a seat beside Anna. Now, trained photographers, already circling the lower rungs of the Fashion Week ladder, find themselves competing with a contingent of kids who’ve never heard of color correction.

“I can’t speak for the brands but I hope they would care. They spend a lot of money to put out a fabulous show and that’s a significant investment and I hope they would want the very best photography and the very best pictures coming out,” said Fern Mallis, the renowned former senior vice president of IMG Fashion, best known for running New York Fashion Week for more than a decade. “Like I say, everyone who has an iPhone or an iPad isn’t a photographer. Nor is every blogger, a writer or a critic who has the knowledge and the history to edit, digest and communicate what the collections are about…”

But brands, given the choice between online eyeballs on the cheap and a beautiful glossy magazine shot want, well, both. “I had to take camera phone photos while I was taking actual photos for some of the shows I was at just because they wanted to put them on Instagram,” Los Angeles-based photographer Mark Luebbers said of the client who sent him to New York.

“We love, we love, we love glossy magazines. But the bloggers are reaching a different demographic, and it really is helping the reach of these designers,” said Flint Beamon, an expert in “back of house” management for PR Consulting. “It’s in the best interest that everybody tries to get along. Obviously this is not the case.” 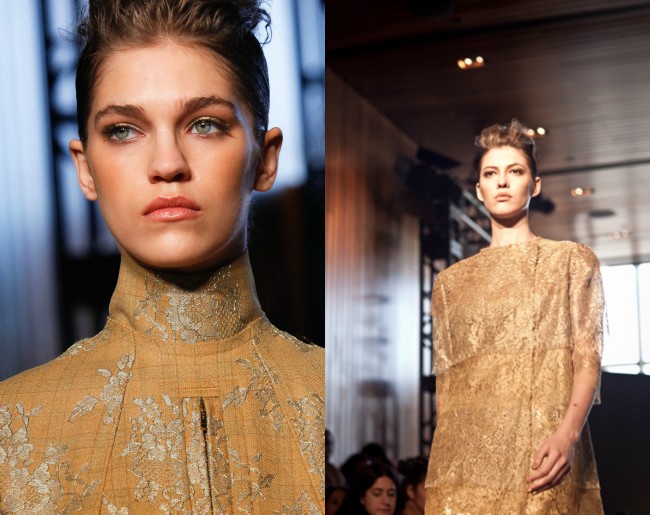