Day three. Er, two? Day one? Whatever, Fashion Week is going full bore—and last night was something else.

First stop of the evening, a quick check in with Felipe Oliveira Baptista at Lacoste

Moving right along: It’s time to see what is going on at these runway shows…Libertine men’s and women’s at Milk Studios

All right, show’s over. Let’s see what Kristian Laliberte has going on at the Refinery29 party over at Double Seven

Ok. How many celebrities can The Kills bring to DeLeon Tequila’s Concert Series at Andre Balasz’s Boom Boom Room? Let’s find out.

Here’s what went down:

“So Alex, we’d like to ask you one question, would that be alright?”

“Of course my friend, anything!” he beams.

“How did Alexander Skarsgaard get here?”

“Oh man, I really like this question! It would be so easy for me to say “The elevator””

“But look, I see that this is one of those really open ended questions, and I like that! So many things brought me here, but first it began with my mother and my father. I owe them everything. Oh, also I really like The Kills!”

We continued our chat on The Kills briefly till the nicest vampire we’ve ever met announced he had to pee, so we took the talk to the famed urinals of The Standard.

“So tell me this my friend from The Observer, how did you get here?” as we both unzip our jeans.

For the next few minutes Mr. Skarsgaard did the interviewing, and concluded (completely mistakenly) that we too would be able to be as lucky with the ladies as he is. We informed him, that while we were flattered, the two of us were definitely a few standard deviations apart…

It crossed our minds as we zipped our flies and washed our hands that if there was ever a guy you’d want as a life coach, this is that guy. 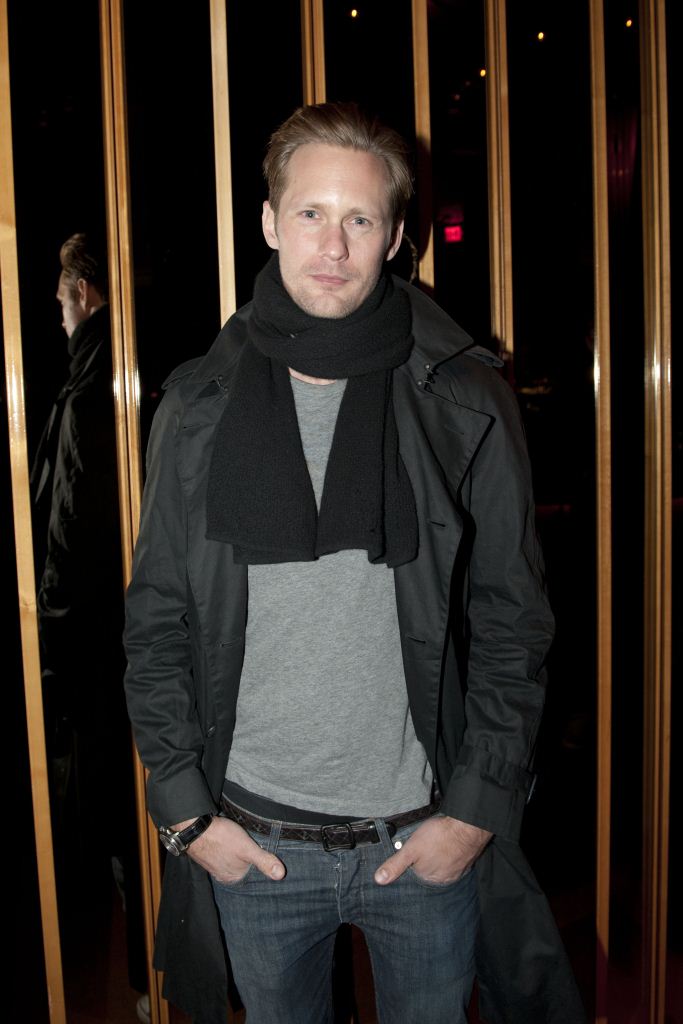