Proposition 8, the ban that ended California’s brief, four-month-long flirtation with same-sex marriage in 2008, was struck down today by a federal appeals court. The three judge panel of the ninth circuit court ruled 2-1 in favor of overturning the voter-approved measure.

“Proposition 8 serves no purpose, and has no effect, other than to lessen the status and human dignity of gays and lesbians in California,” judge Stephen Reinhardt wrote in the ruling.

The ruling, which only applies in California, says communities are permitted “to enact most laws they believe to be desirable,” as long as there is “at least a legitimate reason for the passage of a law that treats different classes of people differently.”

Proposition 8 was declared unconstitutional by a federal judge in 2010, but the ninth circuit ordered a stay on the ruling that kept the ban in place during the appeals process. Because of this, Gays and lesbians hoping to get married in California will have to wait a while longer as supporters of the ban say they plan to appeal to a larger ninth circuit panel and take the case to the Supreme Court if necessary.

A coalition of conservative groups including the National Organization for Marriage has been backing the legal fight to uphold the ban. A gay couple, Paul Katami and Jeff Zarrillo, and a lesbian couple, Kris Perry and Sandy Stier, are the plaintiffs in the case against Proposition 8. They are being represented by a team of lawyers headed by David Boies, who represented Al Gore in the 2000 election recount suit, and Theodore B. Olson, who was George W. Bush’s solicitor general from 2001 until 2004. 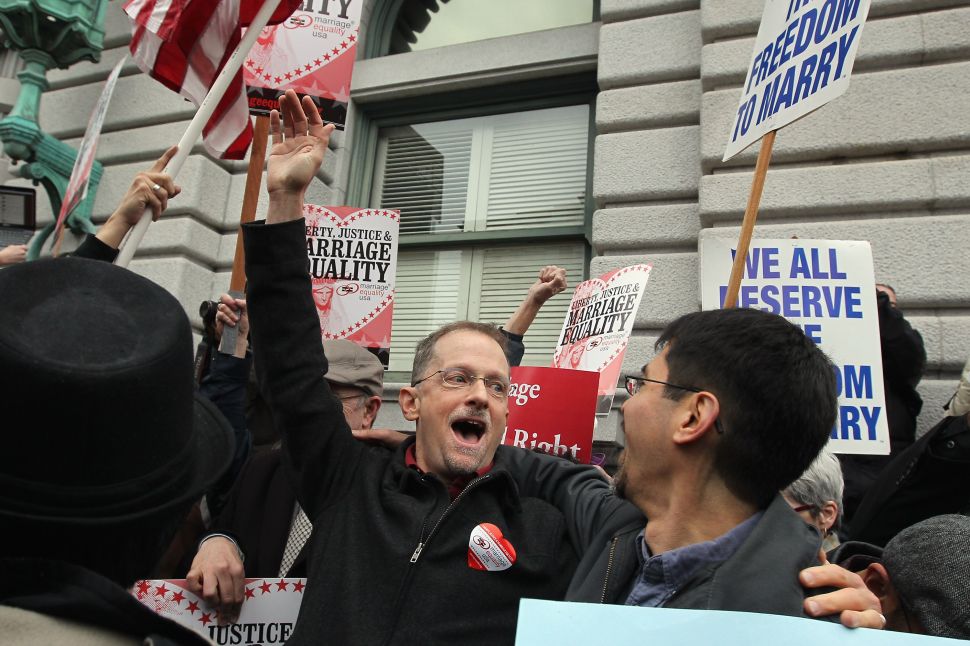