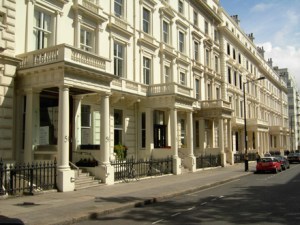 London’s Goethe-Institut, which this year alone has supported projects like Tino Sehgal at Tate Modern, Thomas Schütte at the Serpentine, Tanztheater Wuppertal Pina Bausch at Sadler’s Wells, and the “Bauhaus: Art as Life” exhibition at the Barbican Centre, celebrates its 50th anniversary this year. Its historic building on Exhibition Road has been closed for a major renovation and will reopen May 20, 2012, with a commissioned installation by sculptor Gloria Zein.

To celebrate the anniversary, the Goethe-Institut will also hold a panel discussion with Mr. Sehgal and host performances by the choreographer Pascal Meringhi at Sadler’s Wells with Tanztheater Wuppertal Pina Bausch.

The Goethe-Institut was founded in 1962 to help along Anglo-German postwar relations and has introduced England to a number of important German artists.

In a statement, Sabine Hentzsch, director of Goethe-Institut London said, “I am delighted that we can throw open our doors again to London in this our 50th anniversary year in our newly restored building, to continue the intercultural dialogue with our partners across the UK.”