Every October, it’s impossible to open a newspaper (or a digital newspaper, known in some circles as a  “blog”) without reading some article talking about the decline in American values as evidenced by our choice of Halloween costumes. Everyone makes the same joke–“What next, a sexy stripper?”– and some people get creative about it, trying to find the least sexy thing to make sexy. Like a sexy clown. Or sexy Darth Vader with a leather fetish.

At any rate, this conversation got stale at least a decade ago, and we’ve just been waiting for an even more racy costumed holiday to complain about. And thank Adonai, we’ve finally found one, thanks to the World International Zionist Organization’s complaint that Purim is getting too damn hot.

Purim, for you goys out there, is the Jewish holiday equivalent of Halloween* in terms of dressing up and getting drunk, though the story behind it has less to do with pagan ghost ceremonies and more to do with the story of a guy named Mordecai who whored out his cousin Esther to this Persian king who hates Jews so she can be queen, which almost didn’t work because of a man named Hamen who wore a Paul Revere hat and noticed that Esther was kind of a Jewish name, but then it did work and the Persian king decided not to kill the Jews and marries Esther and everyone is happy except for Hamen and also the previously disposed queen, who was thrown overboard  because she refused to do a sexy dance.

As a child in Hebrew school, Purim meant that you dressed up as either Esther, Mordecai, or Hamen. (If you were really racy, you went for the former queen, who always got to wear belly-dancing outfits even though the whole point was that she wasn’t into that.) But adult Purim parties are more risque, and tend to have that Halloween air of “Wear anything you want, regardless of how it relates to this holiday.” For example, The Forward linked us to this Purim catalog of clothing outlet Shoshi Zohar, where you can buy a Sexy Santa outfit for the Jewish holiday:

“There is no need for a nurse costume to consist of a short mini-skirt and fishnet stockings,” said Gila Oshrat, one of WIZO’s chairwomen. “Why do all costumes, whether they are professional or an animal, need to be sexy? Is this the message that we want to send our children?”

The best part of this story though, would be Shoshi Zohar’s response to this criticism, which was mentioned in the Jerusalem Post.

“Shoshi Zohar said that her range of costumes provide something for both secular and religious communities…One half-page of the catalogue does display ‘religious’ costumes, but only for children.”

*Also it’s the Jewish Christmas in terms of gift exchange, but American-Jewish kids felt left out around December 25th, so we sort of all collectively made the decision the Chanukah was now the Judaic event for presents. 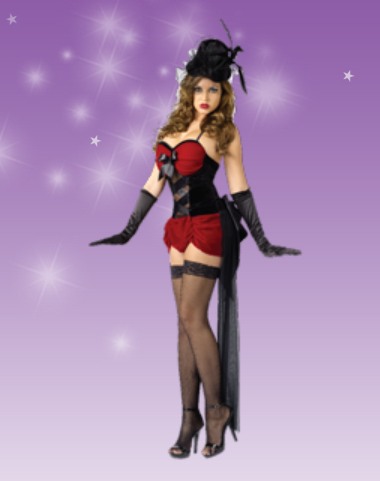