For the past few weeks, longshot “Occupy” Senate candidate Scott Noren has been at war with the state politics blog and TV show Capital Tonight with angry ads on Albany politics sites and supposedly plans to fly a plane over the capitol. Today, Mr. Noren published a series of emails he claims inspired the feud. Mr. Noren became enraged with Capital Tonight host Liz Benjamin, one of the pre-eminent reporters on the Albany beat, after receiving what he described as a “less than professional” response from her following “several attempts to get media coverage on Capital Tonight.”

“You have come across as the most arrogant local newscaster I have ever encountered,” Mr. Noren wrote in the missive he released today.

Mr. Noren, who is running as an independent against Democratic Senator Kirsten Gillibrand, responded to the exchange by launching an “Occupy Liz Benjamin” website in mid-January that linked to his main campaign page. He also purchased ad space for the “Occupy Liz Benjamin” site on the Albany Times Union’s Capital Confidential blog. Time Warner Media owns Capital Tonight and, last Friday, Mr. Noren announced his intention to escalate his campaign by purchasing a plane to fly over Albany for 35 minutes while towing a banner proclaiming “The Occupation of Time Warner Cable.” We reached out to Ms. Benjamin to discuss the emails and she declined to comment.

The first email published by Mr. Noren was one he sent to Ms. Benjamin on the evening of Friday, December 2 after she interviewed Ms. Gillibrand’s Republican challenger, George Maragos on her show. In the email, Mr. Noren, who is a religious Jew, promised to mount a campaign against Ms. Benjamin when the Sabbath ended the next day.

“You have now really irritated me by slapping me in the face politically. When Shabbos ends, I will fight back so obnoxiously it will surpass your snotty blow off of me as the only Democratic challenger to Gillibrand. This is in response to your Maragos interview,” Mr. Noren wrote. “It’s the public that suffers when media decides to manhandle who gets covered. … I will now start the Occupy part of my campaign starting this coming week. Good Shabbos.”

It is perhaps worth noting that, by sending a Friday night email, Mr. Noren seems to have violated Jewish Sabbath laws prohibiting the use of electronics during Shabbos.

According to Mr. Noren, Ms. Benjamin responded with an email noting she correctly referred to Mr. Maragos as “the only Republican challenger to Gillibrand. She allegedly went on to blast him for his “anti-woman piece of shit email” and vow to bar him from Capital Tonight until he apologized.

“If you think this is an appropriate way for a would-be senator to speak to anyone, I suggest you re-examine your beliefs,” she wrote. “This is, hands down, the most disrespectful, anti-woman piece of shit email I’ve ever received, doctor, and if you think I will ever have you as a guest or take you seriously until you apologize, you are sorely mistaken. Good shabbos indeed, you don’t even begin to comprehend the meaning of this day of rest.”

About 45 minutes later, Mr. Noren said Ms. Benjamin sent him a second email promising to forward his “threats to the appropriate authorities.”

The next day, Mr. Noren sent another email to Ms. Benjamin

“My threats as you call them can be picketing, writing letters to the editor. … You have come across as the most arrogant local newscaster I have ever encountered,” he wrote. “I have just as much right to campaign and be heard as your rich crony politicians that make it on your show. It just shows how closed the process is when you shut out grassroots politics. Pretty disappointing.”

Mr. Noren’s campaign has little chance of success. Ms. Gillibrand is currently well ahead of all her potential Republican rivals in the polls. In a recent projection, New York Times pollster Nate Silver put her chances of re-election at 95 percent.

Updated (8:15 pm): The original version of this post said Mr. Noren purchased his ads on Capital Tonight rather than Capital Confidential. 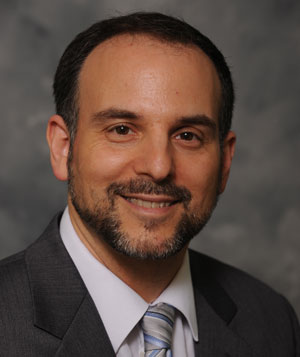