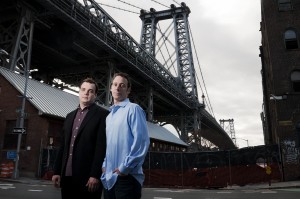 The deluge of art fairs in March is almost upon us, but we’re already looking ahead to the summer. ArtMRKT Hamptons, the art fair that spun off from the larger ArtHamptons for its inaugural event last year, will be returning to Bridgehampton in 2012. Last year, about 35 galleries from across the country participated, trekking to the Bridgehampton Historical Society the week after ArtHamptons opened in a big air conditioned tent down the road. This year’s fair, happening July 19-22, will be a bit larger, with 45 galleries heading out to South Fork to try and appeal to New York’s summer beach crowd.

When we spoke to the fair’s co-organizer, Max Fishko, last summer, he told us he believed there was room for two back-to-back art fairs. “In any business there’s a certain amount of competition,” he said. “But by and large, I think these two fairs compliment each other.”

Rick Friedman, founder of ArtHamptons, which has been around since 2007, seemed a little less pleased with his former employees, telling us simply “there’s a lawsuit involved” when we mentioned the new fair to him and not elaborating (no word about that case as of this writing). ArtHamptons will also be returning in 2012, again the week before artMRKT Hamptons, on July 13-15. They’ll be moving to a larger space, however, “an amazingly bucolic 97 acre nature preserve.” It’s about 1,000 yards from where it used to be.