As the Nazis sold off thousands of works and burned thousands more, curators across the Atlantic watched nervously, but also with an eye out for a bargain. One of these interested spectators was Alfred Barr, the first head of MoMA.

In the 1930s, the Museum of Modern Art did not yet have a permanent collection. A 1930 MoMA press release announcing the museum’s fourth exhibition acknowledged that “the large majority” of paintings by Paul Klee “were sent from Germany by the Flechtheim Gallery of Berlin.” Five of those Klees are now in the museum’s permanent collection, two of them with provenance linking them to Flechtheim through two dealers—Karl Buchholz and Curt Valentin—who were fencing works for the Nazi propaganda ministry. Flechtheim even took out an ad promoting that MoMA exhibit in March 1930, in Cahiers d’Art. Flechtheim also donated to MoMA its first permanent piece—a bronze of the German boxer Max Schmeling by Rudolf Belling. On June 5, 1930, The New York Times reported on the gift in a story headlined “Schmeling Statue at Museum Here.” The article noted that a “citizen of Berlin” named Alfred Flechtheim had donated the piece to MoMA. The statue, which was about three-quarter life size, depicted the boxer (who would lose to Joe Louis in a knock-out several years later) in fighting pose. It has since disappeared from the MoMA collection.

Flechtheim’s act of charity was not exactly returned in kind. In the fall of 1935, broke and exiled in London, he wrote a pathetic letter to Barr describing his plight and asking for help. “I lost all my money and all my pictures,” he wrote, according to Alice Goldfarb Marquis’s 1989 biography, Alfred H. Barr, Jr.: Missionary for the Modern. “The only things I didn’t lose are my name, my experience, my knowledge of nearly every French modern picture, my connections in Europe.” He asked Barr to find money for “nearly the only thing I saved,” a Lehmbruck called Standing Youth.

Barr rather cold-bloodedly referred to Flechtheim’s appeal in his own letter to a potential art buyer, Helen Landsdowne Resor, a noted ad executive with J. Walter Thompson. “I have had a letter today from Alfred Flechtheim, the unfortunate refugee owner of the [Wilhelm] Lehmbruck Standing Man. He seems to be in pretty desperate straits. I think he might possible [sic] take as little as $2,000. For this really great modern figure. We might offer him even less.”

By 1936, Abby Rockefeller (the wife of MoMA benefactor John D. Rockefeller) had purchased the sculpture for MoMA.

Ottfried Dascher, author of a new biography of Flechtheim published in Germany last year, told The Observer that in the 1920s, Flechtheim was trying to “intensify” his connections with American collectors and that “private bequest paintings with a label [linking them to] Flechtheim can be found in American museums.” Mr. Dascher said he researched and wrote the book to “restore the reputation and dignity of an outstanding personality.”

Works in the MoMA online database today with Flechtheim in their provenance histories were sold prior to 1933, meaning they are legally deemed to have been acquired absent any Nazi persecution, though, as Mr. Dascher put it, “Flechtheim was confronted with anti-Semitism already before 1933, even as a German officer during World War I.” Museums around the world that now possess works the Nazis sold off can and do claim that they have them legally, even though some of the art may have come through galleries like Flechtheim’s, shuttered under anti-Semitic persecution.

“There were two different kinds of art being acquired by MoMA and other museums outside Germany,” Mr. Petropolous noted. “The first kind are artworks purged from German state collections. Some went into the Degenerate Art exhibition which opened in Munich and traveled around Germany. After that, the Nazis had to decide what to do with them, and they wrote a law legalizing their sale. It is in the interest of American museums to recognize that German law.” The Museum of Modern Art, he added, “has tons of these works. MoMA was lapping this stuff up through a pipeline that ran from the Nazi propaganda ministry through Nazi-associated dealers in Europe and New York.”

The second category of Nazi-era art, he added, “belonged to private individuals and people persecuted by the Nazi regime like Jews, communists and homosexuals. The Nazis sold off much of the art in Flechtheim’s gallery in what are considered legal—if ethically dubious—deals. But Flechtheim’s private collection also disappeared after his wife died. And the Grosz paintings are believed to have come from that.”

George Grosz left all of his artworks with Flechtheim on consignment when he fled Germany in January 1933, on the eve of Hitler’s seizing power. Three of them ended up at MoMA, and the evidence the family has submitted to the court includes a letter Grosz wrote after seeing them there, in which he claimed they were stolen.

Grosz was not Jewish, but he was a communist and a critic of the Nazis. Eighteen days after he left Berlin and moved to New York for good, Hitler became chancellor, and Nazi storm troopers raided the artist’s abandoned apartment and studio. “I have reason to believe that I would not be alive had they found me there,” the artist later wrote in his autobiography, according to The New York Times.

The MoMA legal team’s use of a technicality—the statute of imitations—to fend off claimants like Grosz’s heirs angers Charles Goldstein, counsel to the Commission for Art Recovery, which deals with Holocaust loot. “Using the statute of limitations is not consistent with a museum’s obligation to reach a fair and just resolution of Holocaust claims,” he said. “The statute is designed to limit commercial disputes, not to redress war crimes or crimes against humanity. In Western and Central Europe this defense is not allowed in claims against museums. MoMA, having committed itself to reach a just and fair disposition of claims for Holocaust loot, has an ethical obligation to allow dispassionate inquiry. It should not expect to be its own judge and jury.”

MoMA representatives declined to comment on the ethics of the museum’s legal case.

Today, MoMA’s Provenance Research Project—created precisely to identify possible Nazi loot in its collection—has found at least six items connected to Flechtheim, including a Picasso, a Braque and three Klees. Mr. Dowd, one of the Grosz family lawyers, claimed there are at least 16 works from Flechtheim’s 1933 gallery inventory at MoMA, and many more in museums around the world, including Harvard’s Busch-Reisinger Museum, which was founded after acquiring Rudolph Belling’s Portrait of Alfred Flechtheim, a bronze of the dealer’s nose. MoMA also had a copy of that limited edition piece, but its fate is unclear, Mr. Dowd said. 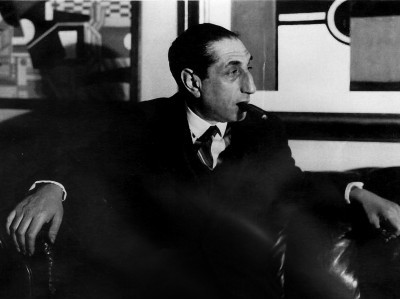