WASHINGTON — Herman Cain, erstwhile Republican frontrunner, former Godfather’s Pizza CEO and godfather of the “9-9-9 Plan,” stuck to his numerical schtick in his speech at the annual Conservative Political Action Conference today. He began by reciting a series of dates from the timeline of the Revolutionary War to introduce the idea that “we need another revolution in this country” to combat myriad crises facing the country; “an economic crisis,” an “energy crisis,” an “illegal immigration crisis,” a “foggy foreign policy crisis,” a “moral crisis” and “the biggest crisis we have” a “severe deficiency of leadership crisis.”

Mr. Cain hewed to his numerical theme throughout his remarks including when he explained the “two reasons” he dropped out of the race after his series of sex scandals.

“There were two reasons I dropped out of the race; gutter politics and, number two, I chose to put family first,” Mr. Cain said.

Mr. Cain discussed the GDP and unemployment numbers put forth by the Obama administration as evidence the economy is bouncing back. He said those statistics were clearly “manipulated.”

“Some of you all may recall that I was a mathematics major in college I can count,” Mr. Cain said. “The real unemployment rate exceeds fifteen percent. That’s the real number. Stay informed, know the facts.”

Mr. Cain also announced he was endorsing a political candidate who had adopted his plan, “my friend Joe ‘The Plumber,'” who’s running for Congress in his home state of Ohio.

As he finished his speech, Mr. Cain told one of his favorite tales–the story of the birth of his granddaughter. 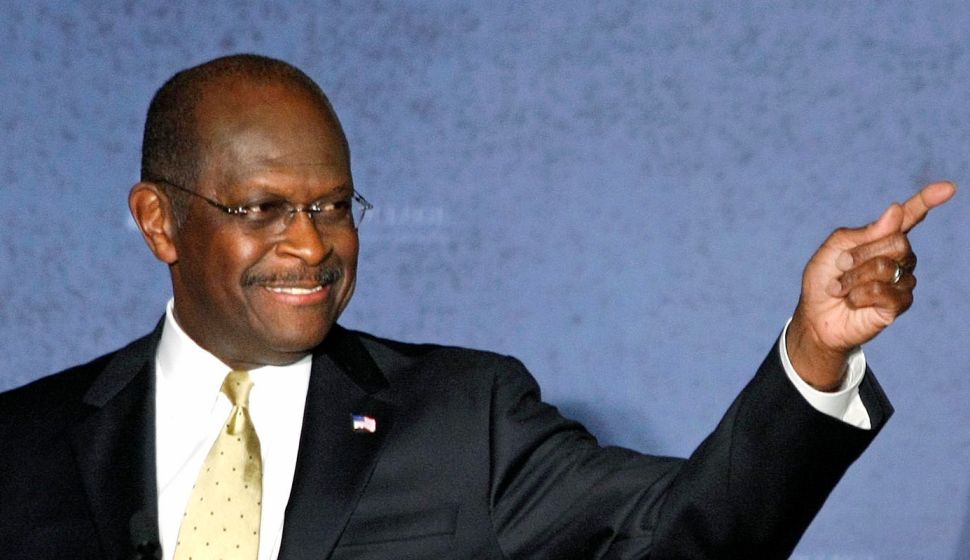