WASHINGTON — Herman Cain is exporting his “9-9-9 Plan” to the Land of the Rising Sun, but the Japanese version of Mr. Cain’s tax plan won’t be based on the number nine.

In Japanese, “7-7-7” would be translated as either “Shichi-Shichi-Shichi” or “Nana-Nana-Nana.”

Mr. Cain met with a group of Japanese businessmen at CPAC yesterday to work out the details for his journey to Japan. He will officially announce the Asian incarnation of “9-9-9” in a column on his website next Monday trumpeting the Japanese Tea Party’s support for the plan. The Japanese Tea Party movement has grown in recent months as a response rising taxes in that country. 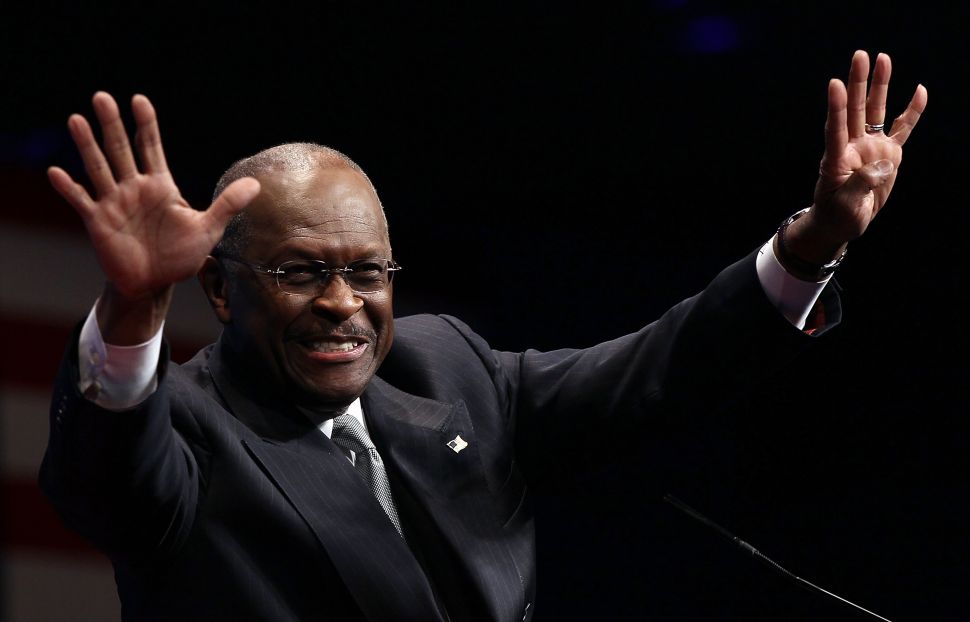