Pitchers and catchers report for Spring Training in less than two weeks! Not reporting with them (at least, not officially): The Journal News‘ sports reporter and Lo Hud Mets Blog writer Howard Megdal, who posted to the site today a story about his de-credentialing by the New York Mets. The reason, he says, is because the Mets “don’t like my reporting.”

Mr. Megdal—who has previously reported for The Observer—wrote under the headline “A Note On Access And The Mets” that while the ball club has not blackballed The Journal News, they have stripped him of his press credentials with the team. He explains that while he’s been credentialed by every major sports team in the New York market, the Mets are no longer going to be giving him access because, as his editor explained to him, they don’t like his reporting.

Despite being a full-time sportswriter, Mr. Megdal writes for various outlets, and can’t qualify for membership in the Baseball Writers Association of America, which guarantees member writers access.

The spokesperson for the New York Mets who Mr. Megdal’s editor spoke with, Jay Horwitz, declined comment to The Observer regarding what, exactly, they didn’t like about Mr. Megdel’s reporting. It would seem that there is a history here, however.

It’s implied in the blog post that the December publication of his eBook about the financial state of the New York Mets and their post-Madoff troubles is significant in this timeline, especially given the Mets’ statement to the New York Post regarding the book:

“The author’s desperate self-promotional campaign for relevance has led to perpetuating baseless speculation and complete inaccuracies.”

While plenty of sports teams are well-versed in their antagonists—there’s one in every city—a direct acknowledgement of them like that aren’t too common.

To be fair, unlike some other New York teams, the Mets aren’t exactly dictatorial with regards to their press corps. What extraordinary piece of information (or practice) does it take, exactly, for a reporter to be so patently disliked by a sports team to the point of an exceptional banning?

Whatever it is, one writer now knows the magic words. But it’s not going to stop him from writing. Like most reporters, this may only serve as validation for him to soldier on:

I’ll continue to write about the interesting trends and possibilities on the field as well. Next month, I’ll be at spring training, and will report all that I see. I’ll continue to speak to my contacts within the industry, attend many games, and keep you on top of everything relevant that is happening with the New York Mets. 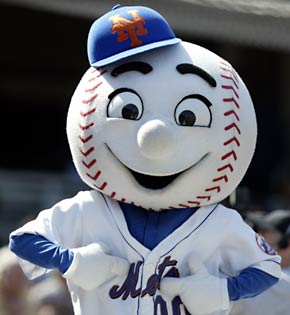 Filed Under: Media, Media, New York Mets, The Journal News, (YOU MAY NOT) MEET THE METS!, Credentialing, Howard Megdal