PALISADES PARK – It didn’t take long in this Korean American stronghold for the audience to grab hold of the Phillip Kwon issue in a town hall meeting with Gov. Chris Christie.

Christie nominated Kwon last month and his assistant attorney general immediately ran into rocky headlines as the The Star-Ledger reported on the troubled history of his family’s business practices and the nominee’s party affiliation.

Jisun Yoon from the Korean American Association of Fort Lee voiced her support for Kwon, and asked Christie to support more Asian-Americans – 8 percent of the population – in his administration.

“Do you plan any other initiatives to increase Korean representation?” Yoon asked.

“Thank you for your support of Philip Kwon, he’s going to do an outstanding job,” said the governor. (Opponents) “should stop the smear job with anonymous sources and leaked questionnaires. …I’m proud to nominate him.”

The Star-Ledger reported that Kwon’s mother and wife settled a civil lawsuit brought by the government over more than $2 million in cash deposits concerning a family-owned liquor store. Represented by Christie as an independent on the day the governor nominated him, Kwon was a registered Republican as recently as last year.

Sen. Nick Scutari, (D-22), Linden, told PolitickerNJ.com he plans to give Kwon a hearing in March. 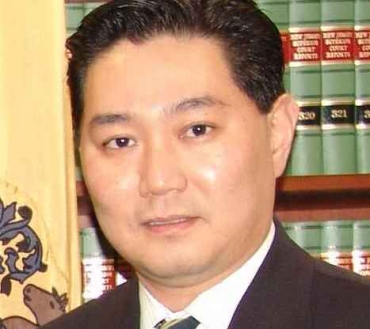