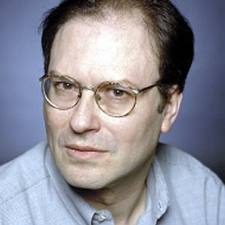 J. Hoberman, the veteran Village Voice movie critic who left that publication last month, will join Blouin Artinfo as the site’s chief film critic. The writer, who has curated film shows at MoMA PS1, the Museum of the Moving Image and the Jewish Museum, will join editor Graham Fuller in an editing capacity.

“In an age where the accessibility to information is more universal than ever, we are continuing to challenge the boundaries of traditional news mediums by providing original content that stimulates, aids and enhances the progress of cultural dialogue in our global community,” Louise Blouin told Variety. “To have two film critics of this caliber reflects the deep commitment on the part of Blouin ARTINFO to build upon the strengths of our existing platform.”

Over at Indiewire, Mr. Hoberman gives details about his new arrangement, saying Ms. Blouin made him an “attractive and generous offer,” and that the new job will take him out of the weekly review cycle.

“It isn’t a full-time gig in the sense that the Voice was,” he said. “That’s over (although if David Remnick calls I won’t hang up). My full-time job will be aggregating whatever of my writing that I can on my Blog of Shameless Self Promotion. In that sense, I guess I have migrated to the post-print world.”