If the theater isn’t your thing, you might want to reconsider renouncing the Great White Way (thanks, Smash, for making that term ubiquitous again) until after buying tickets for Seminar. Jeff Goldblum, who is second maybe only to Neil Patrick Harris and John Malkovich in self-satirizing, told Jimmy Kimmel last night that he will be taking over for Alan Rickman in Theresa Rebeck‘s Seminar as the grumpy teacher, Leonard. Oh man, but will he be doing it as drunk Jeff Goldblum??


Mr. Goldblum has recently appeared in exaggerated parodies of his signature acting style (from the Woody Allen method school of stuttering prolifically) in Portlandia and Tim & Eric.


In addition, the Jurassic Park actor will also be appearing tonight in Glee as one of Rachel’s two gay dad, which does come as somewhat of a surprise. Can he sing? 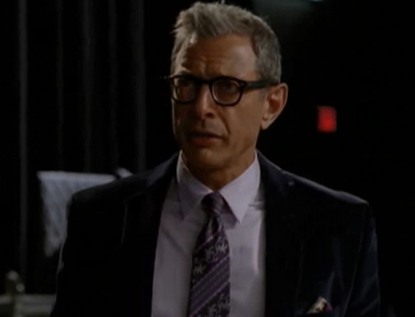