If one has spent any time of the last week in New York City and not yet heard the words “Jeremy Lin” or “Linsanity”—or rather, still have no knowledge of the New York Knicks’ overnight superstar Jeremy Lin—they are, quite simply, something short of a sentient human being.

Friday night, in his first nationally televised appearance, Mr. Lin put 38 points up against the Los Angeles Lakers and Kobe Bryant, not only helping the recently beleaguered team score an unlikely, significant victory, but also breaking personal and matching team records in the process. To say he is a sensation would be a vast understatement.

Over the past seven days—counting everything but wire reports (blog posts, articles from all verticals, etc)—Jeremy Lin scored 32 mentions in the New York Times alone.

There’s very little here to be said that about Mr. Lin and his rise to fame or performance last night against the Lakers that hasn’t already been covered, and covered well. To that end, we humbly submit this video of Mr. Lin performing what’s commonly known as The Dougie:

Finally, a brief list of new suggestions for plays on The Inevitable Jeremy Lin Headlines To Come. Not that “Linsanity” is going to get old—it’s actually, as far as those kinds of coinages go, kind of great—but some linguistic diversity never hurts. 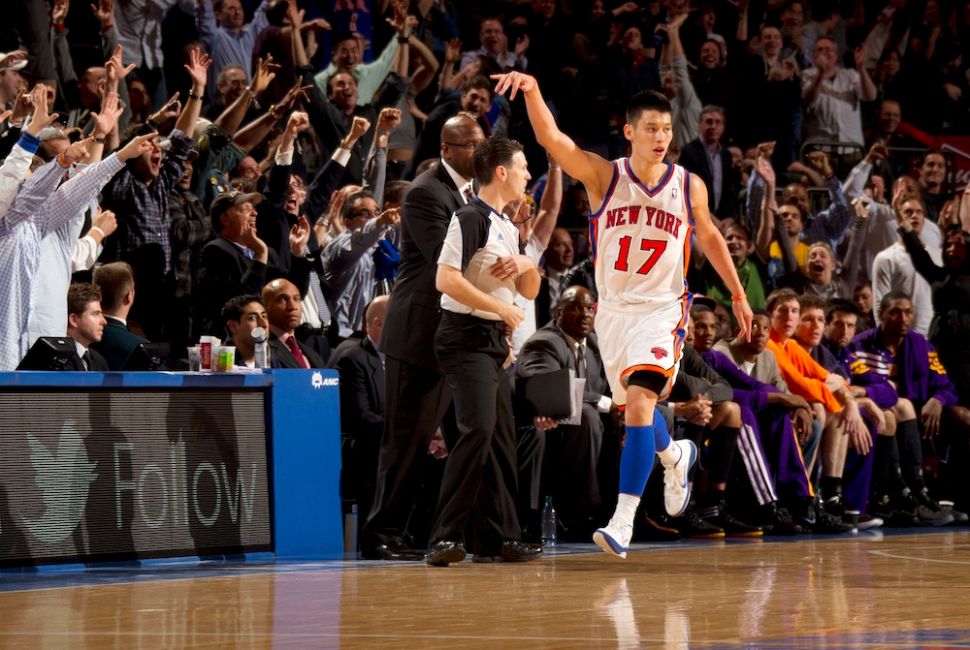