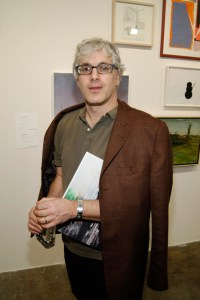 Market watcher Josh Baer took to the ArtTactic podcast this week to discuss the recent sales in London and predicted that auction houses will hammer down huge numbers at their May contemporary sales, with Sotheby’s and Christie’s each generating at least $250 million a piece. Back in November, Sotheby’s brought in $316 million at its evening contemporary sale to Christie’s $248 million sum.

Did strong numbers at the Februrary London sales juice the market? “It’s just February in London, and it’s another stop on the 12-month cycle of auction, fair, auction, fair, biennial, auction, fair,” Mr. Baer said drily. But, he went on, “It didn’t shift anything in a negative way. Which is good.” Mr. Baer went on, “May’s going to be huge. They have major works coming. People want to sell, people want to buy.”

Over at Art Market Monitor, which brought the interview to our attention, Marion Maneker highlights a point that Mr. Baer makes, that a large supply of material can actually help facilitate rises in price in today’s market. Vermeer would not have a chance. It’s called “feeding the beast.”