The Observer has learned that Kanye West, the multi-platinum rapper and Twitter super-user recently sent representatives to the Persian Gulf region to scout locations for a short film. The project, which will take a form much like his 30-minute “Runaway”—a hybrid art film and music video starring model Selita E. Banks that premiered on MTV in October, 2010—is to be filmed in March.

Sources tell The Observer that Mr. West sent members of his team to meet with film companies and government officials based out of Abu Dhabi, Dubai, and Doha Qatar to explore the idea of a production. A number of local municipal officials and film companies are said to be engaged in what was characterized as a heated bidding war for the contracts involved in bringing Mr. West’s vision to life.

“In Abu Dhabi, Dubai and Doha all of the film initiatives are government controlled,” one source involved in the talks explained. “A bidding war is going on between various government entities and private investors to fund the film. There’s pretty intense rivalry here between Abu Dhabi, Dubai and Qatar. They all want to claim the film as their own and take credit for generating the publicity.”

Part of the reason for the excitement? The story—plot details of which were not divulged by one source “out of respect for Kanye’s ambition”—was conceived by the rapper explicitly to take place in the Gulf. He is said to have fallen in love with the region after a concert performance last year in Abu Dhabi.

Mr. West’s creative team is moving to the region for a few weeks, as part of an effort to create an “authentic” depiction of the culture. They plan to utilize local talent and production crews, and are said to be eager to portray the locales and their cultures in a positive light, mindful of recent productions that ran afoul of local sensibilities (2011’s Mission Impossible: Ghost Protocol was cited as one example).

“His reps seemed genuinely enthusiastic about creating a piece which highlights the culture accurately,” our source explained. “There’s a lot of preconceived notions and stereotypes about Emiratis and Qataris, which Westerners often play up. They discussed how Kanye is looking to bridge the cultural divide and break misconceptions.” Mr. West also reportedly plans to cast some local royalty, as “many of the Sheikhs like to be flashy and appreciate celebrity notoriety.”

Mr. West once rapped: “Spit it till you say / lil West’s a little beast / And make the middle west / blow like the Middle East.” Prophetic? Kind of?

Mr. West’s representatives did not respond to immediate request for comment; we will update this report if they do. 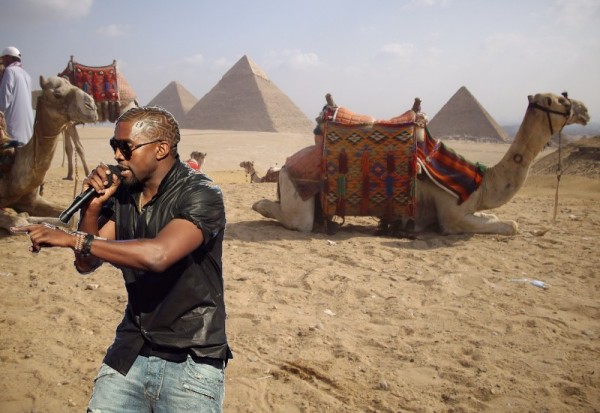