Today over a long lunch at Caroline’s, actor/director/oversized advocate Kevin Smith discussed his new AMC reality show, Comic Book Men. The series, which focuses on Mr. Smith’s own New Jersey comic shop Jay and Silent Bob’s Secret Stash (as well as the kooky individuals who both work at and patronize the store), has been given a prime spot on the channel: directly after the zombie drama The Walking Dead.

After various mentions of how high he was, Mr. Smith took questions from the audience. The Observer enjoys a good comic book now and then, so we just had one question about the “reality” show…where were the female comic geeks?

“The show’s called Comic Book Men,” Mr. Smith answered to scattered laughter. “I hope there is some female viewers, even if they don’t feel that it’s gender-oriented towards them.” Of course, that implies the subject matter itself isn’t interesting to women, giving you a glimpse into the way Kevin Smith’s mind works. And it just got better from there:

It’s not like there aren’t chicks in the show…there are chicks. But the reality of the comic book stores is that these are the people who work in them. There’s not a woman among them. When we originally showed the idea to AMC, they said ‘It’s a sausage party,’ so we said all right, let’s bring in a chick. And for the presentation we brought in and shot a chick, and it was wonderful and great, but then AMC, god bless them, said ‘Well, that’s not the reality of the show.’

Wait so which was it? The girl was great and wonderful, or “God bless AMC” for waking up to the fact that women and comics just didn’t feel “real” enough for the very high criteria of reality television? He continued:

So for Season One we were less concerned with gender politics in nerdom, and let’s put forth a reality show. And this is the reality: these dudes work here. Now, we could alter the reality of the show…but that would feel kind of weird. This is a snapshot of a store where these guys have worked for 20 years, and unfortunately it is a sausage fest.

Oof. All those crazy feminists and their “gender politics.” If you’re wondering why the show would publicly hold auditions for a comic book store where authenticity means “everyone has worked here for 20 years”…well, us too. But the woman originally involved with Comic Book Men was Zoe Gulliksen, who Kevin Smith had called “perfect” in an early podcast about the show. The Clerks director mentioned that store manager Walt Flanagan “learned a powerful lesson” after claiming that girls didn’t know anything about comics and then meeting Ms. Gulliksen.

Too bad that’s a lesson Comic Book Men never plans on showing us. 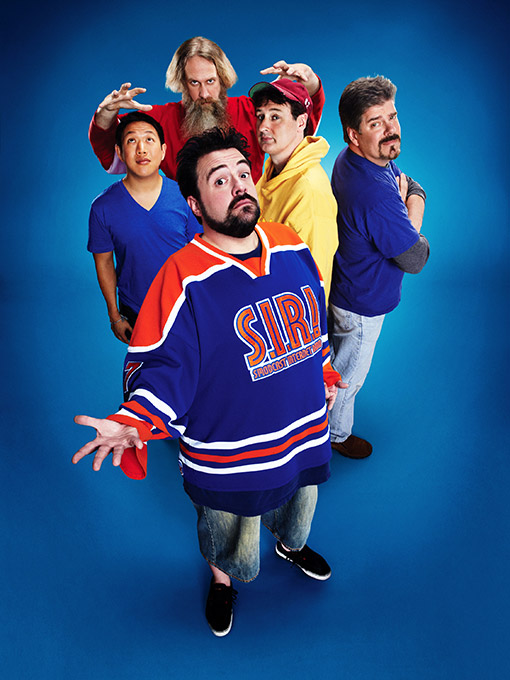