Following breakout superstar Jeremy Lin’s less-than-stellar night on the court during the Knicks’ Friday night loss to the Hornets someone at ESPN made a racially-charged gaffe in a headline: “Chink In The Armor.” The title was published on ESPN’s mobile site and online for less than 40 minutes, but that was 40 minutes too long; reaction was so intense ESPN issued an apology this morning:

Last night, ESPN.com’s mobile web site posted an offensive headline referencing Jeremy Lin at 2:30 am ET. The headline was removed at 3:05 am ET. We are conducting a complete review of our cross-platform editorial procedures and are determining appropriate disciplinary action to ensure this does not happen again. We regret and apologize for this mistake.

UPDATE: ESPN has amended its apology to include the use of the offending phrase in the video above, adding, “Wednesday night on ESPNEWS, an anchor used an inappropriate word in asking a question about Jeremy Lin. ESPN apologizes for the incident, and is taking steps to avoid this in the future.” 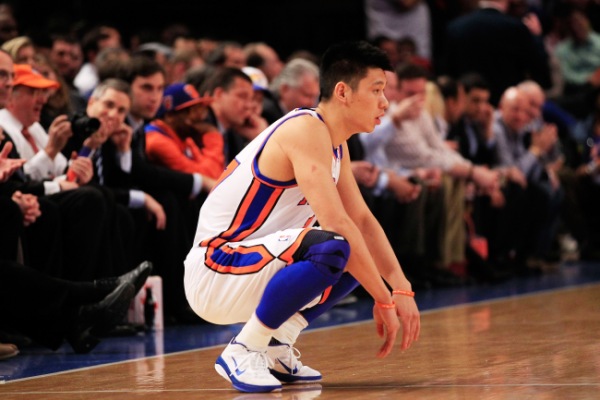