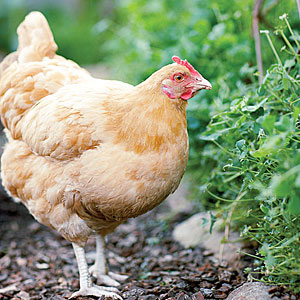 You're safe for now, little buddy.

Kansas-based artist Amber Hansen has been told that an installation she planned involving publicly slaughtering chickens is an act of animal cruelty. Well…sure.

Violating this ordinance could amount to a $1,000 fine and a possible six months in prison.

The proposed work, which is called The Story of Chickens: A Revolution according to an AP article, had intended to “draw attention to the process of slaughtering animals.” Ms. Hansen originally planned to display chicken coops at locations around Lawrence, Kan., care for them with the help of local volunteers, then have farmers publicly slaughter the animals and serve them as a meal. The piece will move forward, but in a radically different form.

Ms. Hansen says she “intends to abide by the city ordinance.”