Lucas van Praag has been the canny, sharp-tongued, and invincibly shrewd face of Goldman Sachs’ PR department for quite some time. Even when it was recently announced that the press sith was asked to leave the company, his response was as succinct as it was typically witty. Which is why it’s interesting to see—in his waning days at the investment banking superpower—one of the most elusive spokespeople in the world give an ‘accidental’ 37-minute interview as one of his final actions at the gig.

The interview was given to a Dutch television program, in a taped, on-record call to the program’s aggressive line of questioning that Mr. van Praag responded to in full, apparently not taking any time to go off-record or end the interview at particularly hostile junctures.

Mr. van Praag knew the telephone call was being recorded, but intended to have only the brief recorded statement used in the broadcast, according to the person. Mr. [Alexander Oey, the Dutch program’s director] kept the questions coming, however, and nearly 40 minutes later, he had scored what amounted to one of Mr. van Praag’s widest-ranging interviews about Goldman’s business practices in the last several years.

The title of the report, translated, is “Goldman Will Get Back To You,” a refrain plenty of journalists who’ve attempted to report on the banking behemoth and Mr. van Praag have no doubt heard countless times. This is a guy who has taken to criticism of the bank as Pete Sampras would a soft lob: By smashing it back in the faces of lesser humans attempting to outsmart him, which goes without mentioning the toy “vampire squid” he kept at his desk.

Dealbook posted some clips from the interview. In one of them, Lucas van Praag discusses the inherent problem facing the human inclination towards greed:

“I think greed and jealousy and sloth are all unfortunate traits of human nature, so I don’t think you can come up with a system that prevents people from being greedy and jealous and lazy. I think that you can come up with a system that doesn’t reward that kind of behavior. It’s difficult, but it’s not impossible. I think that one of the problems—one of the unintended consequences of trying to do that in this crisis has been that regulators have required banks to pay higher base salaries and lower bonuses. What happens is that the fixed costs of banks have gone up significantly. Of course, in an environment where compensation is your largest cost—which is true for all banks in the investment banking space—you suddendly have significantly reduced the bank’s ability to manage its cost. So I think you need to be sure you have a system in place that doesn’t reward greed, and there are lots of ways to do that, but increasing fixed costs adds an extra layer to the system.”

And how did Goldman itself deal with that? The whole greed thing? the interviewer asks.

“Well, we have a very rigorous risk-management system, and we’re very transparent internally about what risks we’re taking and what the potential impact is across the board. But also, we don’t pay people on their individual profit and loss. And that’s particularly important at the most senior levels, so the most senior people at the firm have a view of what they’re doing, which is across the whole organization. In other words: We really actively discourage the silo-mentality. We don’t want people to think very narrowly about their business that they’re running.”

“We don’t bet against our clients. What we were doing, in our view, was being effective risk managers.“

There’s that, and so much more over at DealBook.

For what it’s worth, this is the kind of thing that’s going be poured over and rigorously studied in the future* when people want insight into the message-mentality of the rulers of global finance in 2012.

[*And to be clear, by “future,” we mean, “any time between right this instant and the next fifty years or so.”] 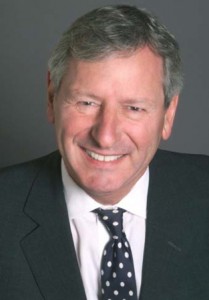