Jia “Jenny” Hou, the 25-year-old treasurer of John Liu’s mayoral campaign was arrested on fraud charges this morning for allegedly  “participating in a scheme that used ‘straw donors’ to funnel to the campaign” with “large, illegal contributions that were well above the individual limit.” Her Facebook page indicates Ms. Hou is a native of Beijing who lives in Flushing and has studied at Rutgers. Ms. Hou is the second person arrested in conjunction with the investigation into Mr. Liu’s fundraising.

According to Goldsea Asian American News, Ms. Hou was recruited to be Mr. Liu’s campaign treasurer late last year by his aide, Mei Hua Ru, who was “the conduit between Liu and the Chinese community business people who have become the backbone of his highly successful fundraising efforts.” According to campaign finance reports, Ms. Hou was paid $3,075 for her work on the campaign. Even after Ms. Hou joined the campaign, Goldsea said Ms. Ru “remains the primary conduit to Liu.” Ms. Hou’s father, Hou Jianli, who emigrated from Beijing the year she was born, is a Liu supporter and president emeritus of the Beijing Association of New York. Mr. Hou owns a fire safety company in Queens.

Ms. Hou worked on Mr. Liu’s 2009 campaign for comptroller. Her Facebook page features an album full of pictures of her staffing several events alongside Mr. Liu and posing happily with other campaign volunteers. She also posted a photo of one of a flyer for one of Mr. Liu’s rivals in the 2009 comptroller’s race, David Weprin, defaced with devil horns. 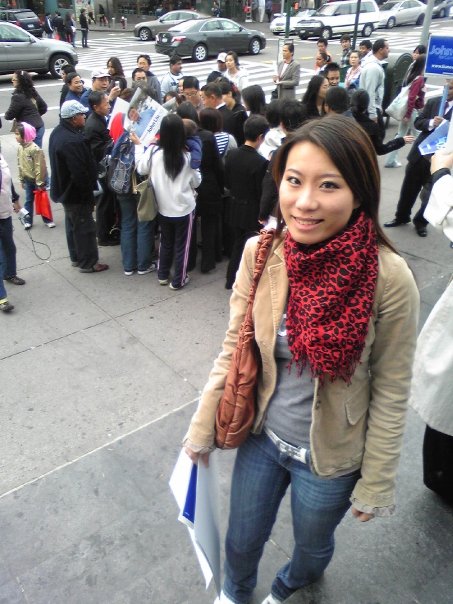