PLAINFIELD – Running for re-election, U.S. Sen. Bob Menendez (D-NJ) called on his fellow Democrats today to stand up for their party’s principles in stark contrast to the opposition.

Since at least late last year, Menendez behind the scenes has derided the over-influence of “Christiecrats” in Trenton, and today he explained what he meant.

“My point is simply this: there are defining differences between Democrats and Republicans over the role of the federal government and how the government can help people,” said Menendez, who chaired a hearing this morning on foreclosure relief.

Upset with obvious signs of Christie love in his own party, the U.S. senator made it clear he suffers no fracture with longtime ally U.S. Rep. Albio Sires, (D-13).

In the aftermath of West New York Mayor Felix Roque’s endorsement this week of Menendez’s Republican rival, state Sen. Joe Kyrillos, (R-13), Hudson County sources buzzed with the expectation that Menendez might boot Sires from the ticket as punishment. The Hudson County Democratic Organization (HCDO) expected Sires to control the renegade Roque in his hometown.

But Menendez said the gossip is nonsense.

“Yes, of course, I support Albio,” the senator told PolitickerNJ.com when asked if he intends to back Sires’s re-election this year.

At his kickoff last week, Kyrillos made certain to lasso Menendez into recurring indictments of the Obama administration.

Today, Menendez defended Obama, who heads the statewide ticket for the Democrats this year.

When asked what Obama’s most significant accomplishment was during his first term, the Democratic senator said, “Having the vision in 2008 to stop us from going into a Depression and reversing job losses.”

He added, “Also, he brought our sons and daughters home from Iraq, a war I opposed from the beginning.” 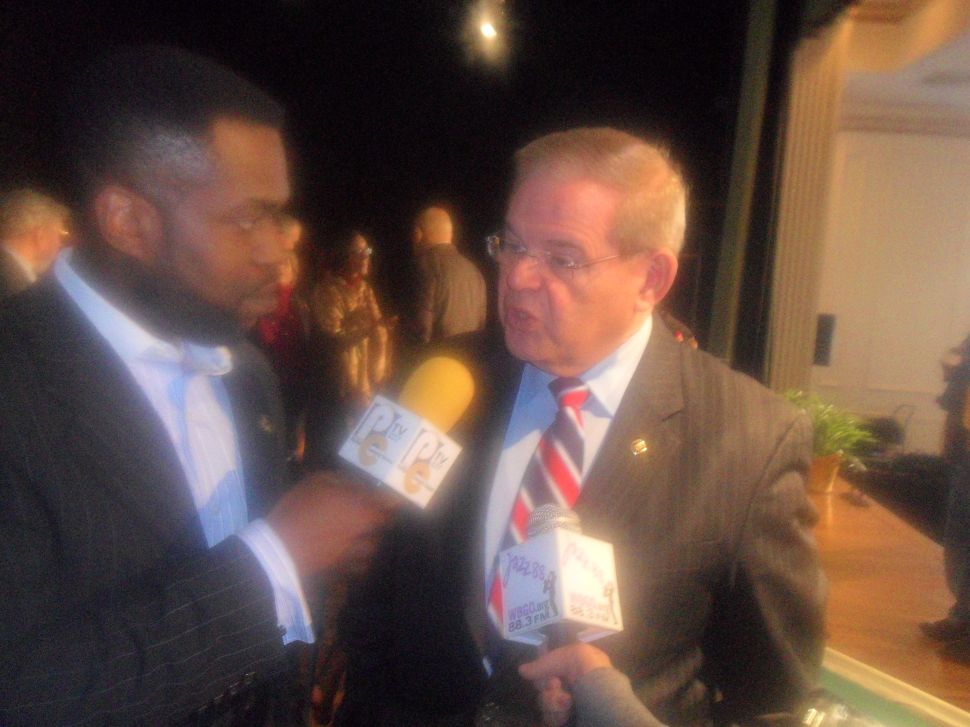