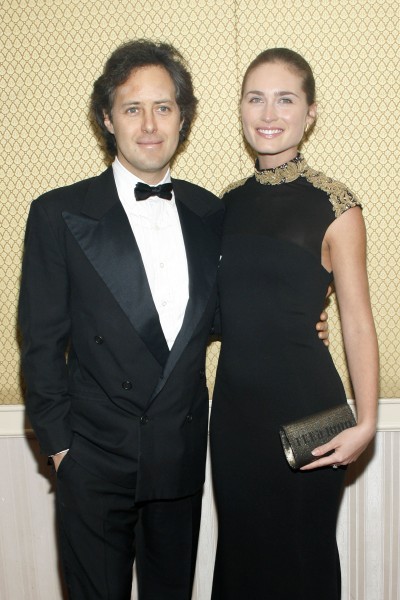 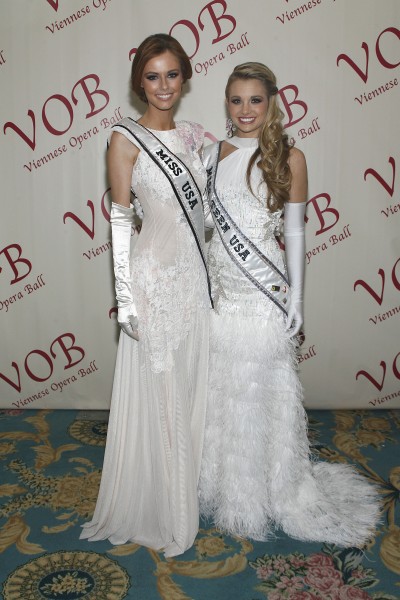 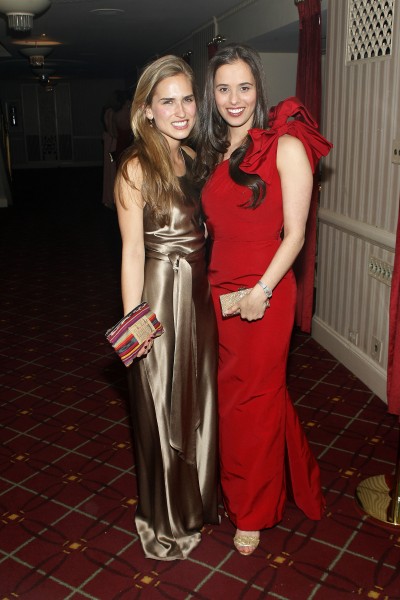 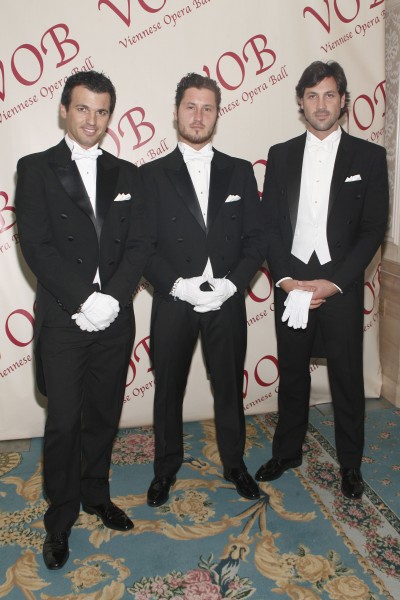 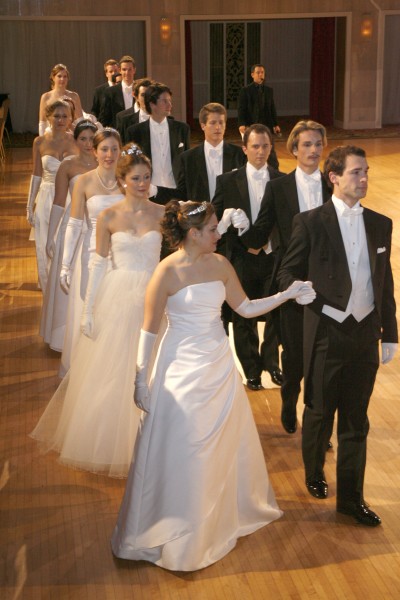 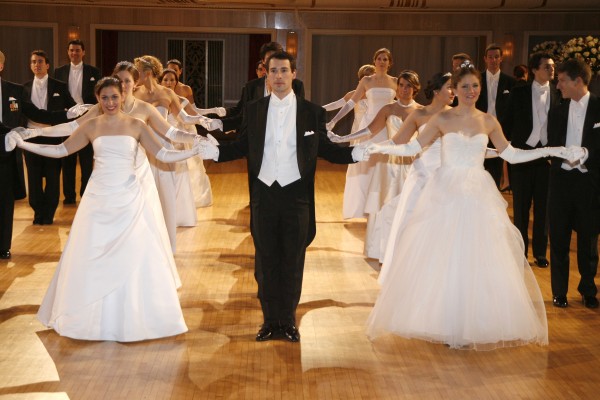 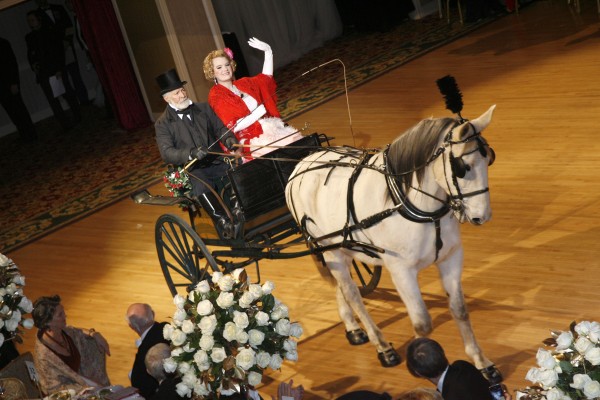 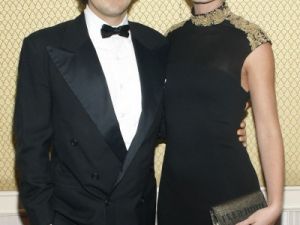 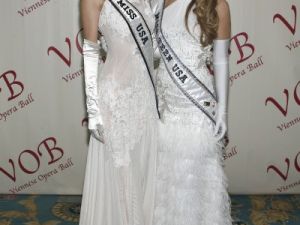 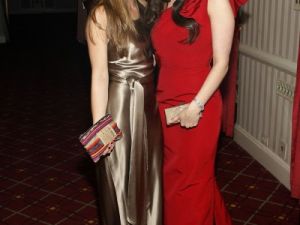 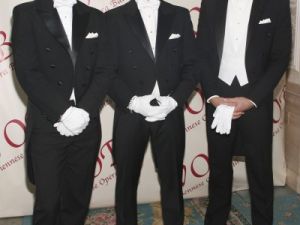 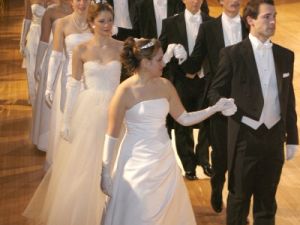 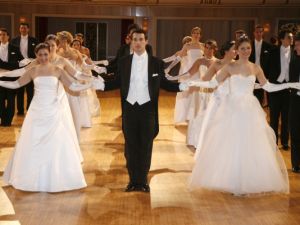 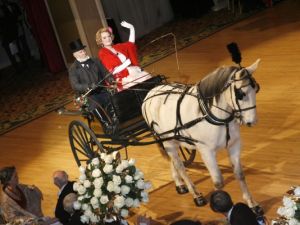 The revolving door at the Waldorf Astoria was in need of some oil last Friday night. As we made our way through the orbiting portal, the metal frame whined, protesting our entrance until we pushed with our full weight. No easy task, mind you, in four-inch heels and a full-length gown.

The entryway was, no doubt, feeling the strain of the 57th annual Viennese Opera Ball. When we arrived, a fleet of photographers and handlers were eagerly awaiting the entrance of white-tailed men and their bejeweled, ball-gowned wives. The revolving door at Park and 49th would suffer several hundred more admissions across its beleaguered threshold.

Over the course of the next hour, a medley of diplomats and done-up ladies were escorted past the ticketeer by proud proctors, introduced with full honorifics (excellencies and honorables partout) to a rowdy pit of photographers.

The crowd was, by and large, that breed of New York gentility who don tails and gowns once a year. The Viennese Opera Ball, a coming-out affair for a handful of dilettante debutantes, has a way of bringing dormant demi-aristocrats out of the woodwork, we decided, as we scanned the room of unfamiliar faces.

Regardless, the cocktail crowd was in good spirits, sipping Champagne and trying desperately not to tread on the trains of passing dresses. A number of guests were professionally comfortable in this theatrical arena. Alyssa Campanella, the reigning Miss USA, instinctively flashed her pearly whites for the photographers. Though wearing a white gown of her own for the occasion, Ms. Campanella admitted she had never had an official coming out party of her own. “I wasn’t a debutante, but I do like getting dressed up,” she gleamed. Her junior companion, Miss Teen USA, Danielle Doty, was more familiar with the scene, having participated in cotillion several years back. “It’s good to be back in white!” she said with a coquettish grin.

Dancing With the Stars pro Maksim Chmerkovskiy intimated that he’s intimately familiar with white tails. “It’s not like I don’t wear them,” he said. “I have three at home, custom made for ballroom dancing,” He was soon joined by his puckish Dancing counterpart, Tony Dovolani, who teased Mr. Chmerkovskiy for an apparent lisp.

We asked Mr. Dovolani how he thought lavish events like the Opera Ball could be justified in today’s day and age. “How could you not? I think I can’t justify people not knowing about this,” he said. “That I can’t justify.” Debutante balls and cotillions, he explained, teach blossoming adolescents important lessons like “opening doors for girls, and offering your hand to escort someone out of the car, these type of things … We need more of that especially in our school system,” he opined.

Diverted from his lesson on chivalry, his eyes bulged as a grandmotherly guest passed, dressed in a low-cut silver dress that was less than age-appropriate. “I can see my face in her bosom!” Mr. Dovolani exclaimed. “She needs to go back to Texas!”

Soon, we were introduced to (His Excellency) Martin Sajdik, Austria’s newly minted ambassador to the United Nations. “I’ve just been ambassador here for one month,” he explained, but he already had fallen in love with New York. “I love it, and it can’t be better,” he gushed. After telling us the best Austrian restaurants in New York (he recommends Edi and the Wolf), Mr. Sajdik explained that the Viennese Opera Ball is much more than just a party; it’s a civic affair.

“It does have some political importance because we have the opportunity to have some ambassador friends and some colleagues with us, and for this evening I think we make friendships,” he explained. “Personal ties always play a very important role,” he added.

Sharon Bush, however, had a different take. “No, it’s just a great party,” she giggled. Last year, Ms. Bush had traveled from Jerusalem to attend the ball. “Jerusalem to Vienna, it sounds like a crusade in reverse!” her companion Jeffrey Moses chimed. “I like that!” Ms. Bush said, barely able to speak through the giggle fit that had overcome her.

Downstairs, the ball’s signature horse-and-carriage spectacle commenced. Two horses, one black one white, carted two battling opera singers around the ballroom. The spectacle was heightened when the white steed, large but not particularly noble, began champing anxiously at his bit, as unseemly globules of foamy saliva splattered the ballroom floor. As the horses (no Lippazaners, these) were led out of the room, spooked and tossing their plumed headgear, a grand marshal promptly appeared, having been charged with the unhappy task of mopping up the dribble. Before he could finish, however, the orchestra began to play and, despite his frantic hand gestures, the debutantes paraded onto the floor with their escorts in tow.

We watched, wide-eyed, as gown after gown was dragged through the frothing slobber. What could the poor debutantes do? Bravely, they sacrificed their pristine princess-cut dresses for the sake of their promenade. The smattering was soon tracked over the floor, and we imagined the ghost of Pollock smiling down on the scene from somewhere. Waltzing with their escorts, the pairs were black and white billiard balls, moving about the slick surface.

After the both equines and debutantes had left the dance floor, The Observer spoke to palindromic beauty Lauren Bush Lauren, who was sat demurely at a balcony table with her family. Ms. Lauren seemed the antithesis of the baroque (more rococo) scene below. Her charity, the FEED Project, was the beneficiary of proceeds from the evening.

Wearing a simple cap-sleeve Ralph Lauren gown, Ms. Lauren was articulate about her role at the event. “Any sort of decadent type event or night seems ironic … when its something to benefit a cause like world hunger. For me what we do at FEED is making giving back accessible and easy and fun, and that’s what nights like tonight do,” she said.

Perhaps, however, she had more in common with the blushing demoiselles downstairs than she was willing to divulge. When pressed, she admitted, blushing, that she too had been a debutante. “You know, its funny, I was, when I was 16, in Paris,” she remembered, a distant gaze betraying her reverie of the Crillon. “I guess I don’t think of myself as someone who would be a debutante, but I would do it again. It was fun.”