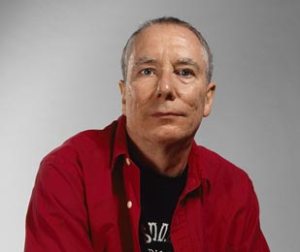 Mike Kelley, one of the most critically acclaimed artists of his generation, has died at the age of 57, at his home in South Pasadena, Calif. According to several sources close to the artist that Gallerist has spoken with, the cause of death was suicide.

The artist had recently been selected for the 2012 Whitney Biennial, an exhibition that he has participated in seven times in the past. He has had major one-person exhibitions at the Whitney Museum, the Los Angeles County Museum of Art, the Louvre, MUMOK, Vienna, and numerous other museums.

A sergeant in the South Pasadena police department told Gallerist that officers responded to the apparent suicide following a 911 call made at 7:47 p.m. by a friend who had stopped by Kelley’s house to check up on him. The friend hadn’t heard from Kelley since Sunday and, unable to gain entry to the home, called the police. Kelley was pronounced dead on the scene. Though police records show no mention of a note, officers said the friend who called 911 mentioned that Kelley had been depressed following a September break-up.

Kelley’s work spanned numerous mediums and source materials, encompassing unorthodox objects from sculptures made of knitted stuffed animals (which provided the cover art for Sonic Youth’s 1992 Dirty album) to banners emblazoned with abrasive self-proclamations (“PANTS SHITTER & PROUD P.S. JERK-OFF TOO,” memorably) to large-scale installations inspired by the bottle city of Kandor, an object housed in Superman’s Fortress of Solitude in the comic books.

Kelley was born in 1954 in Detroit (he described himself as a “blue-collar anarchist”), and his childhood there provided material for many of his works. In 2010, he produced a sculpture modeled on his childhood home and carted it around the city on the back of a flatbed truck, for a special project with the city’s Museum of Contemporary Art.

In 1974, he founded the band Destroy All Monsters with Cary Loren, Niagara (Loren’s then-girlfriend) and Jim Shaw. They made noisy, feedback-drenched music that was influenced by the other local bands at the time, The Stooges and the MC5. Destroy All Monsters was recently the subject of two retrospectives, at the Prism Gallery in Los Angeles and at the Boston University Art Gallery. Kelley left the band in 1976, to attend graduate school at CalArts.

It was shortly after Kelley graduated from that institution that Helene Winer, who had recently co-founded New York gallery Metro Pictures, discovered his work. She was organizing an exhibition at CalArts and visited Kelley’s studio. She had never met him, but, she told Gallerist, “He’s not someone you wouldn’t immediately know was a really interesting artist.”

Kelley showed at Metro Pictures for more than two decades, from the early 1980s until 2005, when he began showing with Gagosian. His first show there–also his first solo show in New York–was called Monkey Island and Confusion. The walls were covered with ink drawings on paper and the room was packed with props from performances he’d been doing in Los Angeles and New York.

“I think the reception,” Ms. Winer said, “was sort of…unprepared. Partly because of the other artists we were showing at the time were more orderly, but really because it was a quite interesting aesthetic. I’m quite sure we didn’t sell…maybe anything.”

His friends remember him as smart and kind, but also somewhat of an outsider. He liked being around his peers, but he didn’t prescribe to the art world as a social scene.

“He had a brilliant wisdom and a total disregard for anything vaguely institutional or established,” said RoseLee Goldberg, who met Kelley in 1987. She commissioned a performance work by him for the 2009 Performa Biennial. “I think he is truly one of those figures that was just always irritated by anything smacking of convention. We worked with him for a year and he was constantly taking risks. His entire life was about taking risks.”

In plumbing high and low culture for material, Kelley sometimes courted controversy, as in his 1988 installation piece Pay for Your Pleasure, which combined large-scale images of artists and writers with quotations that condoned amoral behavior and artwork by an artist who is a convicted murderer, whose identity varied based on the location of the exhibition.  Speaking of his 1990 show at Metro Pictures, which included old stuffed animals arranged on dirty blankets, Ms. Winer told Gallerist, “It’s strange later to imagine how surprising and interesting something is when it’s first seen–because it gets immediately taken up and consumed by a larger culture.”

In 1991 he had a show at the Whitney Museum entitled “Catholic Tastes,” curated by Elisabeth Sussman, who also curated this year’s Whitney Biennial, which will feature Kelley.

“It was one of the great highlights of my career, working with him,” Ms. Sussman said. “He was so versatile, he went through this great performance phase, made all these great artworks, and he’s a fantastic writer.”

Kelley’s career exploded in the following decade, with a show at Los Angeles County Museum of Art (LACMA), as well as at a host of museums and galleries throughout the world: Portikus in Frankfurt, Centre d’Art Contemporain in Geneva and the Kunstverein in Hamburg. In 1997, he participated in the prestigious Documenta 10 exhibition in Kassel, Germany, with his friend, the artist Tony Oursler, making work involving a band they had together, called The Poetics.

Michael Briggs, director of Patrick Painter gallery, in Santa Monica, Calif., where the artist showed for many years, told Gallerist, “Mike was really instrumental in helping Patrick start the gallery. He was really important.”

Kelley had his first show at Gagosian Gallery in 2005. The gallery began representing him and he was the subject of several solo shows there.

“The greatest thing to do with Mike was to sort of just turn him loose,” said Sam Orlofsky, a director at Gagosian’s West 24th Street space and the New York point person for Kelley. “It was fun to shepherd his energy along in a conversation. If you brought something up, he had an opinion, and then he knew the history of the thing you brought up and then he knew the history of the thing that the thing was referring to. Comic books, movies or music or history. He was like an index. A super computer.” Mr. Orlofsky mentioned that Kelley kept extensive files and indexes about his work or about potential subject matter. “He was a taxonomist,” he added. “But he was a taxonomist of everyday American culture.”

Beyond his art and music activities, Kelley was also a trenchant and curious writer, and his artist statements, criticism and other writings about art have been collected in various anthologies, including Foul Perfection (2002) and Minor Histories (2004). His work is included in the collections of seemingly every major modern and contemporary art museum, and he was the recipient of the Wolfgang Hahn Prize, the Skowhegan Medal and awards from the Guggenheim Foundation and the National Endowment for the Arts.

One of his earliest installations, The Little Girl’s Room (1980), is up now in the “Under the Big Black Sun” exhibition of California art at The Los Angeles Museum of Contemporary Art (LA MoCA), organized by Paul Schimmel, the museum’s chief curator. The piece is based on a performance script centered around a child’s dream-within-a-dream in which the child imagines “the face of a pimp-like man whose smile reveals an infinity of sharp teeth.”

“I could go to Mike about a subject dealing with American art at the beginning of the century or whenever and he would know so much you would wonder if there was anything he doesn’t know,” Mr. Schimmel, who met Kelley in 1981, told Gallerist. “I think Mike is arguably the key individual who changed the world’s perception of Los Angeles art.”

Kelley’s studio released a statement this afternoon saying, “Mike was an irresistible force in contemporary art…. We cannot believe he is gone. But we know his legacy will continue to touch and challenge anyone who crosses its path. We will miss him. We will keep him with us.”