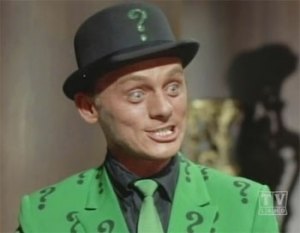 Bloomberg runs some numbers on the Cindy Sherman market. [BusinessWeek]

Page Six drops in at the MoMA Cindy Sherman opening where “Chuck Close wore a bowler and wild suit that could only be described as A Clockwork Orange meets the Riddler.” [NYP]

John Graham, Stuart Davis and Arshile Gorky called themselves, and their young protégé Willem de Kooning  “The Three Musketeers” and “D’Artagnan.” They were obsessed with Picasso. [WSJ]

In an effort to raise awareness of global water supply, a New York-based non-profit organization has signed up artists including Ed Ruscha, Jay-Z, and Lawrence Wiener to transform 300 rooftop water tanks across New York City. [The Art Newspaper]

Barney Rosset, pioneering founder of Grove Press, and a man known for publishing such controversial books as Naked Lunch, Lady Chatterly’s Lover, and Tropic of Cancer, and for his advocacy of the protection of First Amendment rights with respect to literature and the arts dies at 89. [NYT]

As New Yorkers anticipate the opening of the Frieze fair in New York, across the pond, on its home turf, Frieze plans to expand into London’s East End. [Guardian]

Christie’s catalogue for its Forrest Bess private sale, which includes essays an essay from Rob Storr, is amazing. [Christie’s]

An artist is making a copy of Michelangelo’s ceiling for the Sistine Chapel in his Upper East Side apartment. [NYDN]

Martin Bailey takes a look at the Prado’s copy of the Mona Lisa. [The Art Newspaper]

The groundbreaking for the National Museum of African American History and Culture took place on Wednesday in Washington. [NYT]

John Maynard Keynes was one of Britain’s earliest Picasso buyers—Picasso even drew his Russian ballerina wife and “made sure she wasn’t alone” while she sat. Good idea! [Bloomberg]