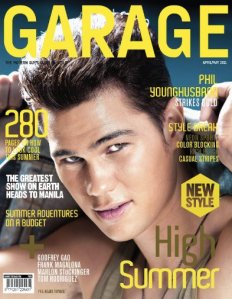 London auctions at Christie’s and Sotheby’s may bring in as much as $380.6 million, up 28 percent from last year. [Bloomberg]

Uruguay gets its own biennial. [The Art Newspaper]

Pace is exploring the mathematics of LeWitt and Jensen. [Bloomberg]

The next issue of Garage will “continue to push buttons” with its drawing of a gay wedding. [Page Six]

Here’s a Times piece that details the high aims of the $21 million My Image Studios in Harlem. [NYT]

Katie Sonnenborn, the former director of external affairs at Dia, has been named co-director of Skowhegan. [Artforum]

Marion Maneker asks, “Is it 2008 in the art market again?” [Art Market Monitor]

Auctioneer Oliver Barker recalls how he came up with the idea to sell the furnishings of Damien Hirst’s Pharmacy restaurant. [How to Spend It]