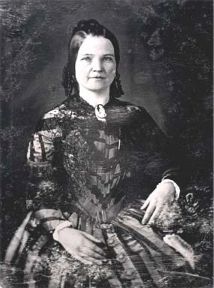 A photograph of Mary Todd Lincoln.

A Mary Todd Lincoln portrait hanging in Illinois’s governor’s mansion has been deemed a hoax. [NYT]

Artist Faith Ringgold ends ties with was to have been called the “Faith Ringgold Children’s Museum of Art & Storytelling.”: “I have no interest in a children’s museum if it’s just a playpen, like most of them are.” [NYT]

Laura Berman walks through scenarios in which the Detroit Institute of Art, whose collection is owned by the city, may be required to sell work from its $1 billion-plus dollar collection of art. Plus, a  nice story about the 1930 acquisition of a Pieter Bruegel the Elder for $35,000. [The Detroit News]

Cindy Sherman presents new work in New York, and Jerry Saltz declares that her “pictures are like Zen ­koans. Rather than being about understanding, they’re about coming to grips with the state of mind that produces them. She has a luminous way of breathing life into things that cannot be ­described. [NYMag]

Blake Gopnik speaks with Tom Friedman on the occasion of his move to Luhring Augustine. On Gagosian, Mr. Friedman has this to say: “You have to be a bit more corporate-savvy to be in that situation, and I’m a nice Midwestern boy.” [Newsweek]

The graffiti artist who stands to be worth $200 million after Facebook’s IPO says that his life has changed dramatically since people have learned who he is. One woman offered him certain favors in exchange for $2 million. [NYDN]