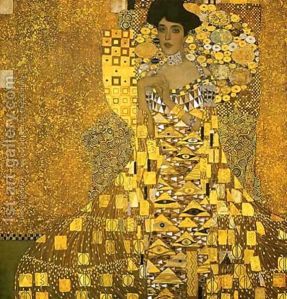 Christie’s hauled in $126.5 million last night in its contemporary art auction, the second-highest total ever reached for the house’s London sale in that category. Eighty-nine percent of lots found buyers, and the total just missed eclipsing the sale’s $132 million high estimate. A Bacon made $33.3 million, and Richter continued to perform well. [BusinessWeek]

A senator asks to see the travel records of the Smithsonian secretary. [NYT]

New book examines the twisted history of the Neue Galerie’s Portrait of Adele Bloch-Bauer, and tells you a bit about its subject: “Adele was very opinionated—she smoked, she was a socialist and atheist.” [WSJ]

Looking at things from van Gogh’s point of view. [WSJ]

Four hundred works by Karel Appel, thought to be lost a decade ago, turn up in a warehouse in Britain. [BBC]

A look at the work of Lillian Bassman, who quit working as a fashion photographer in the 1960s in protest about the rising status of models and turned her attention to fine art. Ms. Bassman died on Monday at the age of 94. [Lens]