TRENTON – An appellate court this morning issued an order removing a Morris County freeholder who won election in November and declared a vacancy for that seat.

The court removed four-term incumbent Margaret Nordstrom, who lost to newcomer William “Hank” Lyon in a close contest in the June 2011 primary.

However, following a Law Division trial concerning claims by Nordstrom of voter and candidate misconduct, Lyon was stripped of the Republican Party nomination.

Nordstrom went on to win in the general election.

However, this morning the court ruled that “We reverse the Law Division’s annulment of Lyon’s nomination because of multiple legal errors that materially contributed to the court’s ultimate declaration that Lyon’s ‘nomination is null and void.'”

The court ruled today that Lyon should have been the candidate on the ballot in November.

“Because the passage of time has made it impossible for Lyon to run against the nominee of the Democratic Party, and Nordstrom has been a de facto freeholder since being sworn in,  it is necessary to remove Nordstrom as a member of the board of freeholders and declare a vacancy in said office persuant to N.J.S.A. 40:20-35.11a(a), effective immediately,” the court ruled.

In explaining its decision today, among other things, the court ruled that the Election Law Enforcement Commission, not the Law Division, has “exclusive jurisdiction regarding reporting violations because of the overarching legislative goals of (1) guaranteeing transparency of campaign contributions and expenditures, (2) ensuring that disclosures of the same be managed and controlled by a single agency, and (3) implementing remedies for violations of the Reporting Act through a uniform and predictable system of sanctions.”

And in regards to the questionable votes that were cast, the court said today that “Our canvass of the record leaves us with the unavoidable legal conclusion that although illegal votes may indeed have been cast in the June primary election by a small number of Parsippany residents, they were not sufficient to change the result. Accordingly, the Law Division’s conclusion to strip Lyon of the nomination was incorrect and legally unsustainable.” 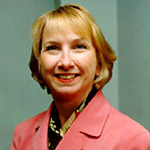