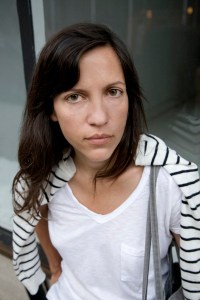 “I’m excited to have Rozalia join our growing arts desk,” said Ms. Spiers. “Her experience and passion for the subject will be a great asset to GalleristNY and the New York Observer.”

Rozalia has been an editor at Flavorpill for the past two years, and contributed writing to The Believer, Modern Painters, Bookforum, BlackBook, Artinfo, Vice and Capital. She holds an MFA in fiction from Columbia University.

“Rozalia brings to the culture pages and to GalleristNY a strong voice and a keen sense for what’s news,” Observer culture editor Sarah Douglas said. “I’m thrilled that she’s joining the team here .”

Starting Thursday, Rozalia will cover the arts in New York for the Observer‘s culture section and its visual-art-focused GalleristNY website.