Mercedes Narcisse told The Politicker she doesn’t “tolerate” the “sense of entitlement” her old friend, Frank Seddio, is bringing to the race to fill Lew Fidler’s seat in the City Council if Mr. Fidler is successful in his run for State Senate.

“Since I registered in 2007, if Frank decided to run against me, he’s supposed to let me know,” Ms. Narcisse said. “If he doesn’t let me know, that means he has a sense of entitlement. So, that I don’t tolerate. I think that it should be a seat with democratic process.”

Mr. Fidler is running to replace former State Senator Carl Kruger, who was forced to step down after pleading guilty to corruption charges in December. The special election for Mr. Kruger’s seat is scheduled for next month and, if Mr. Fidler is victorious, there will be another special election to fill his Council seat shortly after. Mr. Seddio said he doesn’t understand Ms. Narcisse’s criticism of him as entitled given the unique situation that led up to their race.

“I’m not sure what that means, I mean, truthfully, in a normal circumstance, this election would be held next year,’ Mr. Seddio said. “I dont know how far in advance you tell people you’re running for something. Isn’t it about weighing about all the options?”

Ms. Narcisse is a community activist and owner of a medical supply shop on Avenue L. Mr. Seddio is a lawyer and former judge who was a close ally of disgraced Mr. Kruger’s and is famous for having elaborate, annual displays of Christmas decorations at his home in Canarsie. As leader for the Democratic party in the 59th Assembly District, Mr. Seddio is also a leader of the influential Thomas Jefferson Club, which has dominated politics in the district since it was founded in 1955. The club is supporting Mr. Seddio in the potential Council race.

“This is a seat that’s been, and I don’t know if entitlement’s what that means, but I do know that, if nothing else, the candidate that’s always been supported by the Thomas Jefferson Club is usually the candidate that will run in this race,” Mr. Seddio said. “There are no real clubs left in communities, I guess, except for us. Maybe that’s the problem I’m running into, we’ve never known anything but working through the political organization known as the Thomas Jefferson Club in this area of the community … and anyone who’s been supported by it is the candidates who usually win.”

Ms. Narcisse joined the club in the early 1990’s, but according to Mr. Seddio, she “hasn’t been involved in this club in years.”

Mr. Seddio and Ms. Narcisse haven’t discussed the campaign with each other.

“I can talk to Frank, I talk to Frank every day. We don’t talk about politics because the way he feels is different than the way I feel. He feels like he has to get the seat, he’s entitled to it and I’m against that, so that’s where we have a little issue.”

Mr. Seddio said he previously avoided discussing the Council campaign with Ms. Narcisse, because he wanted to avoid the impression he was trying to discourage her from running.

“You’ve given me an idea, maybe we should talk,” Mr. Seddio said. “I’m always hesitant to do that, very frankly you know, no matter what a guy like me does, I’m the big bully. I value my integrity and that’s always my biggest concern is that I wouldn’t want anything to be interpreted that I’m trying to convince her not to run. She wants to run, it’s her right to do so like any other candidate who’d want to run in this race.”

There are indeed other challengers emerging for Mr. Fidler’s seat. Ivrol Hines, publisher of the New York Liberty Star, which bills itself as “New York’s first choice for Caribbean news,” also intends to run if the seat opens up.

Ms. Narcisse said she’s “very optimistic” about her chances in the race because she thinks she’s the “unique candidate for the seat.”

“I’m in touch with reality, I’m in touch with whats going on in the district. I’m a mother, I have four biological children, I just adopted one. I have five children in school age, and I understand the issues that are going on with the school system, and I understand health because I’ve been a nurse for over twenty something years,” Ms. Narcisse said. “I own my own business, I’ve been on Avenue L for about 11 years, so when you talk about business, I’m there, when you talk about healthcare, I’m there, when you talk parents, I’m there.”

Mr. Seddio had kind words for his rival.

“We’re not adversaries, we’re competitors. I love Mercedes. She’s a great person, she tries hard and she’s built her own credentials in the community,” he said. 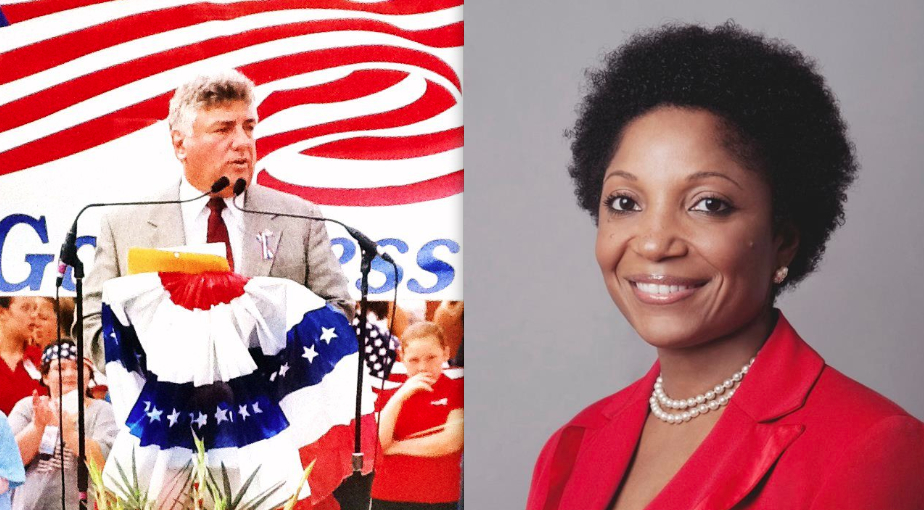