Last Friday an Italian daily published stunning claims of a plot within the upper reaches of the Catholic Church hierarchy to kill Pope Benedict XVI, former Cardinal Joseph Ratzinger. Italy is in an uproar over the story and the news has gone viral across Europe. No wonder–it reads like the prologue to a cheap paperback thriller, hinting at webs of palace intrigue:

The Italian daily newspaper Il Fatto Quotidiano published an unsigned letter, written in German, which spoke of a Mordkomplott – death plot – against Benedict and quoted the Archbishop of Palermo, Paolo Romeo, as predicting that the Pontiff would die with in 12 months. The anonymous missive, dated 30 December and marked “strictly confidential for the Holy Father” claims to report comments Cardinal Romeo made on a trip to Beijing last year.

Colombia’s Cardinal Darío Castrillón Hoyos passed the letter to a papal aide last month. It was written in German, claims the reporter who broke the story in Il Fatto Quotidiano, because it was intended only for the eyes of the German-born pope.

As reported by Il Fatto Quotidiano the letter is  straight out of The Da Vinci Code, structured in 3 parts with titles: “Journey to Beijing,” “Secretary of State Cardinal Tarcisio Bertone” and “Succession of Pope Benedict XVI.”  The second part is the most scandalous, detailing an allegedly difficult relationship between the Pope and the Vatican’s Secretary of State, Cardinal Bertone, who has allegedly criticized the Pope for paying more attention to liturgy than daily state business.

Spats between Vatican officials are nothing next to the later bombshell in which  Cardinal Romeo “prophesied” the Pope’s death by November, 2012.

Cardinal Romeo spoke, said the anonymous letter writer, “as someone probably aware of a serious criminal conspiracy.” Those who heard the Cardinal viewed the confidence with which he made these statements as evidence of  a planned “attack on the Holy Father.”

Cardinal Romeo has flatly denied making statements referenced in the letter. The Vatican is also skeptical, spokesman Father Federico Lombardi telling the media that “it is so far removed from reality” that he didn’t want to make any further comment.

It’s your turn now, suspense novelists. Throw in a tormented American academic with a covert military background and lots of muscular prose and this is a million-seller. Not you, Q.R. Markham. 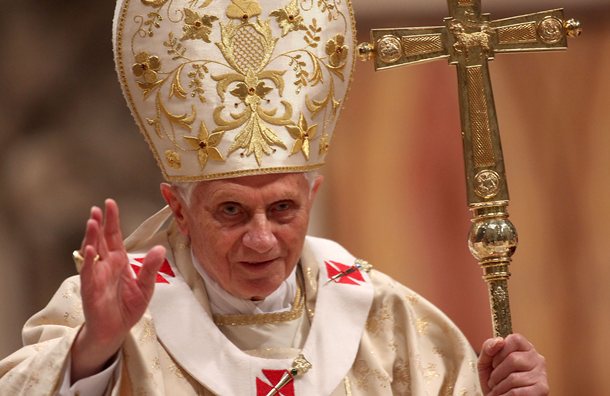